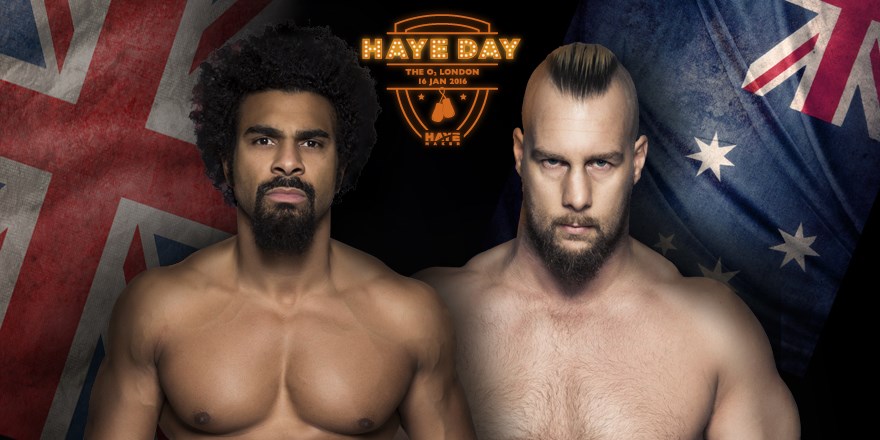 After a three-and-a-half year hiatus, former boxing heavyweight champion David Haye will enter the ring to take on Australian fighter Mark De Mori at the O2 Arena in London on Saturday in the world’s first-ever live match filmed for VR viewing.

You’ll be able to watch The Hayemaker take on The Dominator in real-time in a multi-camera 360-degree production using a custom Android app that’s available worldwide (except France) for free or on this site.

Besides the fight, the Hayemaker 360 app will also include VR content covering Haye’s workouts and daily life. The app is available to download right now, but there’s nothing to see in there just yet and you’ll likely have to wait until the day of the fight to access it.

Haye is excited about the high-tech coverage of his comeback:

I’m fascinated by new emerging technologies, and am constantly looking to embrace the digital world in order to connect with my fans.

With this in mind, I’m thrilled to bring immersive VR technology to big time boxing — allowing the public to stand alongside me in the ring, letting them see what I see and experience every punch.

360-degree cameras have been used to film boxing matches before. The first one was a middleweight championship fight between Daniel Jacobs and Peter Quillin last month, but the interactive version became available to view a few days later.

However, the only added benefit (which isn’t much) is the ability to turn and look at the audience; you can’t get very close to the action.

Given that this is the first time a competitive fight is being filmed live in VR, Haye vs. Mori might well worth be a watch even if you aren’t a boxing fan. Tune in at 9:45PM GMT.

Read next: Watch as Tim Peake became the first Briton to walk in space