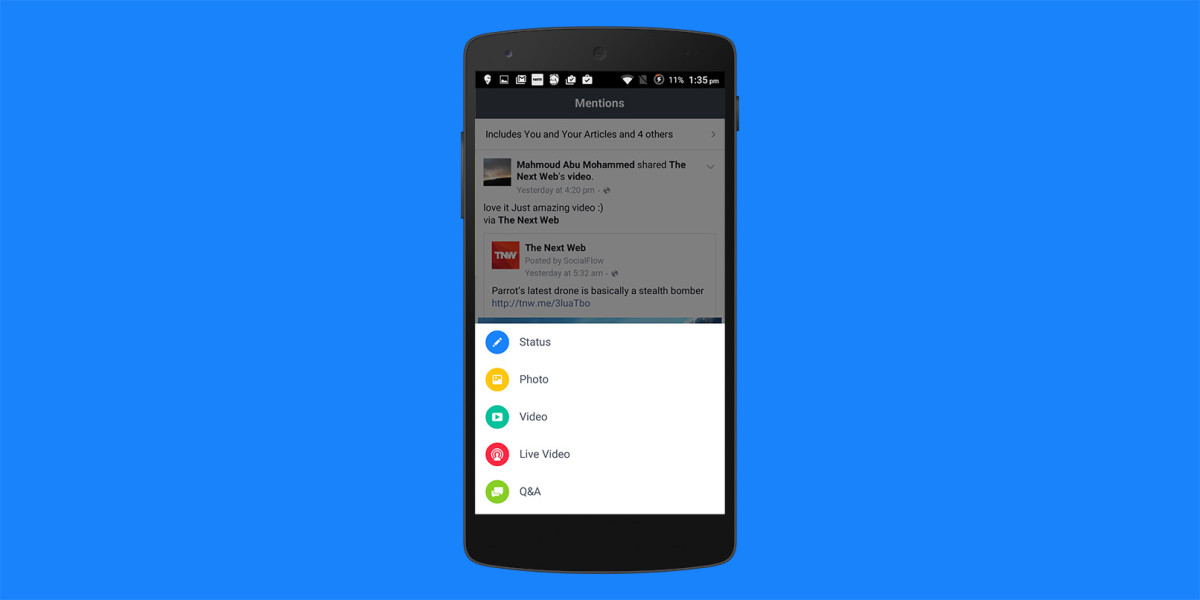 Facebook has launched an Android version of its Mentions app, which lets verified users share public status updates, photos, livestreams and Q&A sessions with their followers.

It should come in handy for public figures who want keep their fans updated without spamming friends and family that they’re connected to on Facebook. It also allows posting simultaneously to Twitter and Instagram.

The iPhone version first launched in July 2014, and was only meant for influencers in the US. Last August, the app gained support for live video broadcasts; in September, Facebook opened up access to Mentions to all verified users.

It’s clear that Facebook wants to become the go-to destination for celebrities across the world to connect with their followers over Twitter. With an app that integrates numerous features for sharing interactive content that’s now more widely available, it’ll be interesting to see if it can entice public figures to get on its platform.