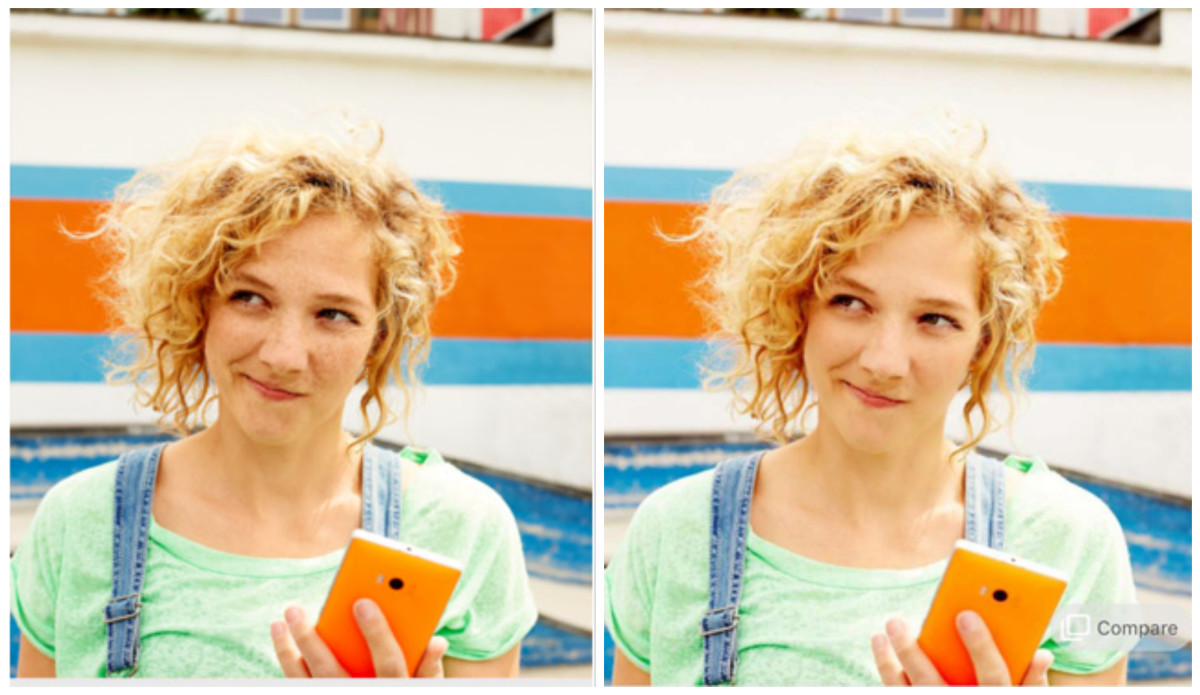 Microsoft has revealed a new app for selfies on iOS that uses intelligent processing to tweak and edit your pictures.

Hot on the heels of Twist for iOS, another app from the company’s Garage division, it seems Microsoft is continuing its targeting of other platforms.

Microsoft Selfie isn’t an add-on for Skype or any other app, it’s simply a camera and photo-editing tool, specifically for selfies.

According to Microsoft, it uses software to detect the subject’s age, gender, skin tone, lighting, and other factors into account in order to edit accordingly. There are several themes to choose from, including ‘Cool’ and ‘1965,’ and you can adjust the effect using a slider.

All of the themes seem to just change the lighting, color, texture and soften skin. You can’t specifically target your eyes or airbrush a spot with this one, but it’s certainly useful for a quick overall edit.

Here’s how my selfie turned out using the ‘Cool’ filter.

It’s not Microsoft’s first foray into analyzing selfies. It released How-old.net earlier this year and people got really into having a computer guess their age. It also released an emotion detector that was pretty good at guessing people’s moods in photos.

It will be interesting to see if Microsoft incorporates some of what it learned from that project into its new selfie app in the future. And of course, if they introduce an Android version.

Read next: Here were TNW's most popular posts of 2015