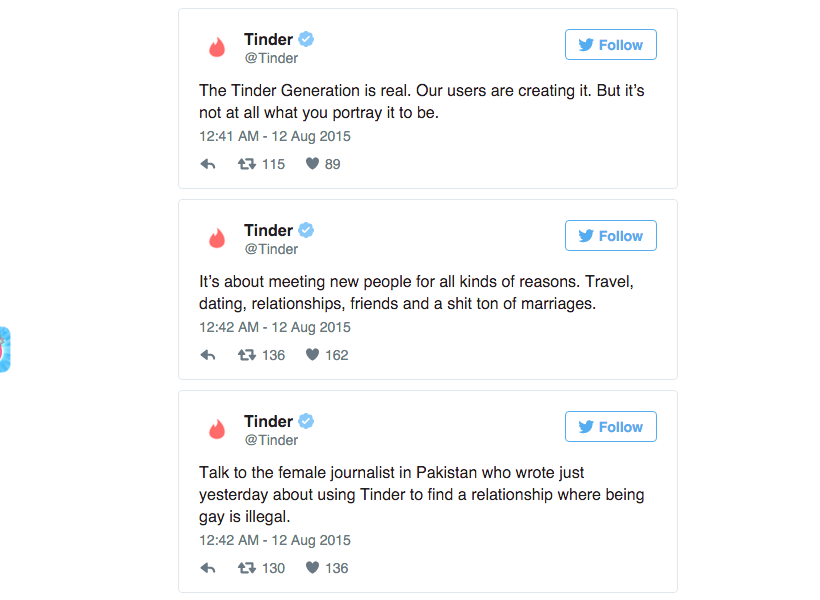 What modern Christmas would be complete without someone curating the year’s sum of human unkindness and misunderstanding into one handy reference list?

Early this year, UK author Jon Ronson released his book ‘So You’ve Been Publicly Shamed,’ which delved deep into the world of online shaming, and where he took a particular look at the woman of#HasJustineLandedYet fame, Justine Sacco.

Remember that 100,000-strong angry Twitter crowd of 2013? “We are about to watch this @JustineSacco bitch get fired. In REAL time. Before she even KNOWS she’s getting fired,” one gleeful onlooker said.

She actually worked for IAC, owners of OKCupid, Tinder and Match, and it took her a year to wipe the spit off the back of her computer monitor and find a new job. Some say, it’s ok: “Her dad is a billionaire.”

Ronson has just added a new chapter to his book, which he’s kindly offered to bring around and stick into each paperback copy that has already been sold.

In it he details some of the Twittercism he’s faced since he started chronicling the lives of people who have fallen victim to the crowd.

This year, for example, he extended some kindness to Rachel Dolezal, the woman who presented herself as black and won a position at her local NAACP chapter, though she was born a white woman. Then he said he had to quit Twitter.

So, 2015’s top Twitter troll was, hands down, Republican frontrunner Donald Trump, who this year turned his online offence level up to ‘the whole of the Muslim world’, as well as forging an alliance with the UK’s leading rent–a–gob Katie Hopkins.

But to be fair, 2015 feels slightly more civilised. Have we finally realized the whole world can see what we’re tweeting?

Trump vs CEO of T-Mobile: Shut up and do better things away from me

Glad to see that @RondaRousey lost her championship fight last night. Was soundly beaten – not a nice person!

.@JohnLegere @TMobile John, focus on running your company, I think the service is terrible! Try hiring some good managers.

Tinder vs Vanity Fair: Uhh did we say we make people fall in love?

Vanity Fair wrote ‘Tinder and the Dawn of the “Dating Apocalypse,’ then there was the Tinder Twitter apocalypse.

Our data tells us that the vast majority of Tinder users are looking for meaningful connections.

And our data also tells us that Tinder actually creates those meaningful connections.

Talk to the female journalist in Pakistan who wrote just yesterday about using Tinder to find a relationship where being gay is illegal.

So we are going to keep focusing on bringing people together. That’s why we’re here. That is why all of us at Tinder work so hard.

This ended up being 20 messages in just four minutes. Tinder would not be getting a second date!

Uber’s Travis Kalanick has cooled it down since his company really hit the big time and the service has started to get flack from all corners of the planet. So he’s been a little more covert in his social media quarrels with New York City Mayor Bill de Blasio.

It’s no Kalanick of old, but here’s a series of things he retweeted in one week in July. There’s something to be said when people are doing your PR for you.

How @Uber saved me from cabs http://t.co/0EI6Asm1Kp

But obvs, even a CEO has to wade in sometimes…

Elon Musk vs Jeff Bezos: My rocket is bigger than your rocket

The rarest of beasts – a used rocket. Controlled landing not easy, but done right, can look easy. Check out video: https://t.co/9OypFoxZk3

@JeffBezos Not quite "rarest". SpaceX Grasshopper rocket did 6 suborbital flights 3 years ago & is still around. pic.twitter.com/6j9ERKCNZl

Cost won't be a barrier to an education. Debt won't hold you back. Read Hillary's plan: http://t.co/A4pWb3fOf4 pic.twitter.com/KVyr8SlSVn

.@HillaryClinton fixed your logo for you. pic.twitter.com/141nXHQe4Z

@JebBush @HillaryClinton jeb. It took your graphics guy 2 hours to come up with that. You may need a new guy. Try the @Oreo superbowl guy.

Ahh @SamDavisBoyHero, what would we do without public vigilantes like you?

Read next: Editors' Choice: TNW's favorite apps of the year