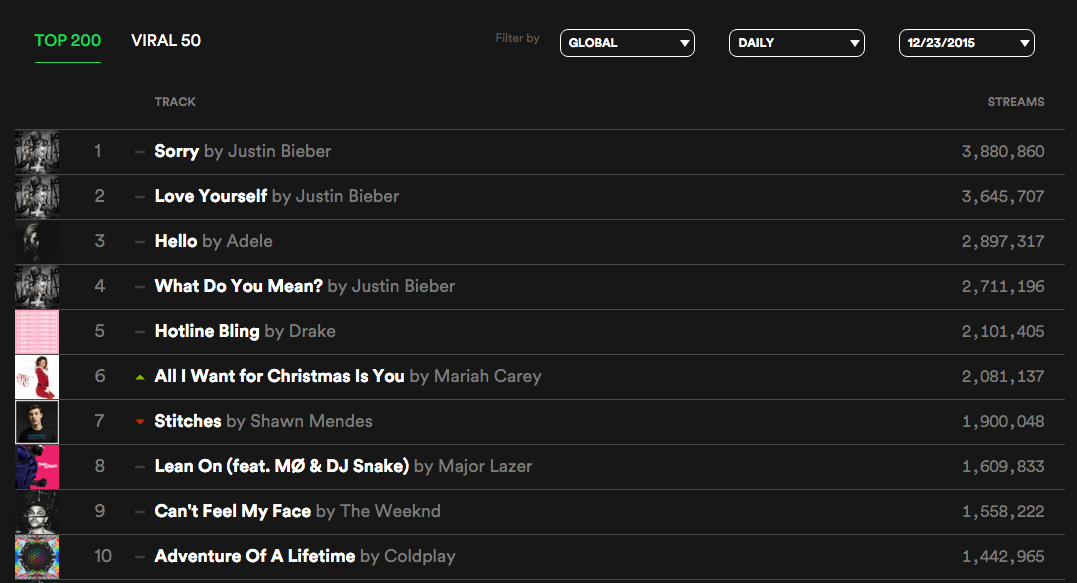 Mariah Carey’s ‘All I Want For Christmas Is You’ is the top-streamed Christmas song this year, according to Spotify’s latest streaming stats.

The song has reached number six across the world this week, boosted by some 9.1 million individual plays totted up from the week to December 17.

In the UK yesterday, the song reached number four, followed by The Pogues ‘Fairytale Of New York.’

While the UK wins hands down for streaming the poptastic track, Mariah is now up at 20th in the US iTunes download chart, while she’s at 23rd in the UK.

Another one for the road…

➤ Spotify [via The Guardian]