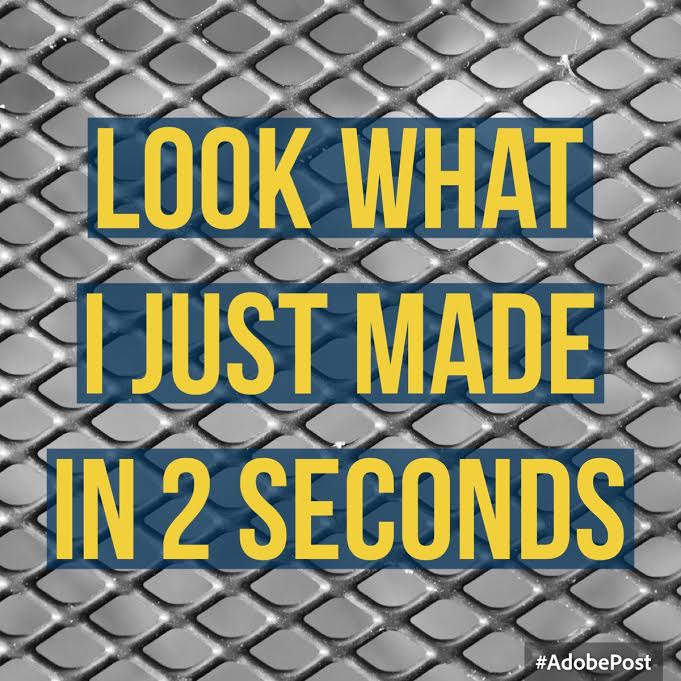 Adobe has just unveiled an image-making app for noobs who want to be where the action is: memes.

Adobe Post for iOS offers you just two options, create an image or remix one of theirs (they’ve got some handy Christmas ones in for the festive season).

You can customize the background, add in your own images, change things like the font size and colour, and pick from some lovely color palettes.

You can also sync it with existing Adobe accounts, and make use of Lightroom and Creative Cloud in-app.

For the experienced meme makers out there though, Adobe Post is probably a shade too simple and inflexible. The remixes (understandably) aren’t as customizable as you might like.

Each image carries a slightly unsightly #AdobePost watermark to ensure the company gets its time in the sun for creating such a nice free app.

And you can have any shape image you want: as long as it’s square.

Update: Weirdly, the watermark can be removed, but only if you share the image with a friend.