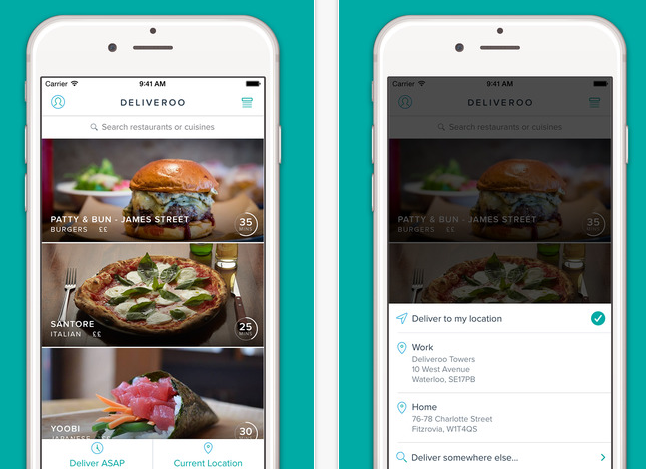 I’m sorry to say that Deliveroo has changed my life. It offers awesome local food, delivered quickly, with no real need to think… or even move.

So it was pretty great for my stomach, if not my wallet or my waistline, that London’s Deliveroo launched on iOS here in July.

Deliveroo has gone for high-end restaurants that don’t usually deliver, which means your dinner might cost you more than using whatever your local food delivery app is, but you’re sure to get something very tasty.

Even though on-demand food is a crowded space, as well as a guilt-inducing way to eat, the company appears to be doing rather well, having now launched in 50 cities across Europe, the Middle East and Asia.

Your guilt can be in some way relieved when you realize a lot of the food is delivered by bike – hooray for fewer carbon emissions – and you can of course give cash tips so you can thank them for the trouble.

Additional functionality in what is a supremely simple app now lets you pre-order your takeaway before the restaurant officially opens, great for avoiding on-demand disappointment. 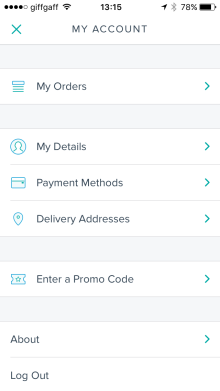 Perhaps the worst part of the app is that you can see very easily see how many times you’ve ordered Deliveroo since you started using it. Note to self: Do not do that.

It’d be great to see more and better vegetarian options on the menu, but that’s probably just a reflection of East London’s ongoing love affair with burger joints, rather than something Deliveroo can deal with.

It’ll also be interesting to see if or when Deliveroo plans to launch in the United States.

If this is on the cards, Deliveroo would likely be competing with upstart delivery startup Postmates, which is already embedded in more than 100 locations across the country, albeit with the slightly more limited remit of just delivering food.

What Deliveroo does do very well is bring food you might not have otherwise tried, whereas Postmates’ll also bring lunch from the brands you might already be sick of seeing on every street corner, or a Macbook from the Apple Store.

But that does mean that it would be going head-to-head with Silicon Valley’s “next unicorn” DoorDash, which is live in the US and Canada, and is already on Android.

And on the food-to-mouth effortlessness scale, Deliveroo might want to take at check out New York’s EatArcade, which, after signing up via SMS, texts you a single, restaurant meal choice each day at 10am. You can then opt into this and get it sent to your desk for 1pm.

EatArcade is powered by yet another New York-based curated, on-demand food startup Served by Stadium that lets you buy from different NYC restaurants at the same time, particularly good if you’re ordering as a large group.

If you’re an iOS user, Deliveroo makes it ridiculously simple to find and order great food. In fact, it’s probably too simple.