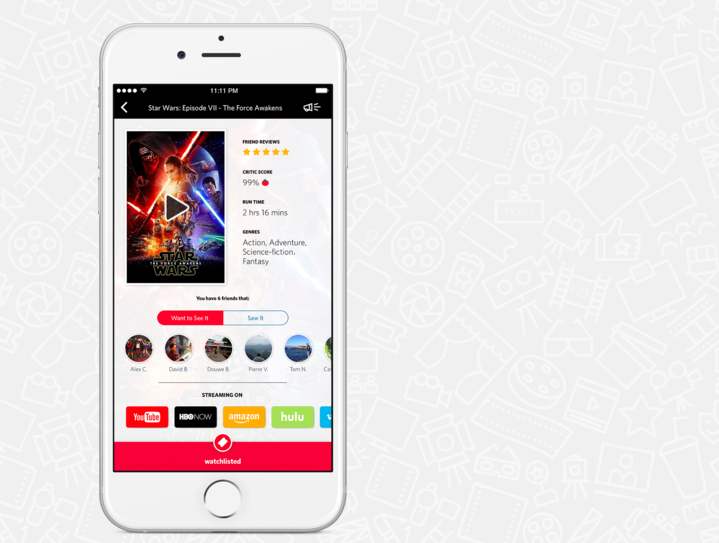 An IMDb for the mobile generation Reelgood has launched on iOS promising to make it even easier to find and watch films, whether at home under the covers or at your local movie theater.

Log in with Facebook and add your contacts to the free app to start finding out what films your friends have watched recently, what the critics thought and where you can go to watch them.

The app searches more than 10 different streaming services for you to find a movie, including Netflix, iTunes, Amazon, YouTube, Google Play and Vudu, which is plenty more than IMBd, for example.

It also suggests local venues if you want to head out to catch a film – although this feature doesn’t seem to work beyond the US yet – as well as displaying upcoming films too.

You can tap in the top right corner to send a film recommendation to your friend or add the film to your watchlist.

Reelgood relies heavily on user participation as your friends have to sign up and share their details in order for you to get their recommendations.

And they have to score or review a film if they’re going to help with your choice, which seems a bit too much like work when all anyone wants is to line up a few movies that are actually any good.

While it’s only on iOS for now, the company says that an Android version is coming in 2016.

Read next: Google will stop you recording straight to YouTube from your webcam next month