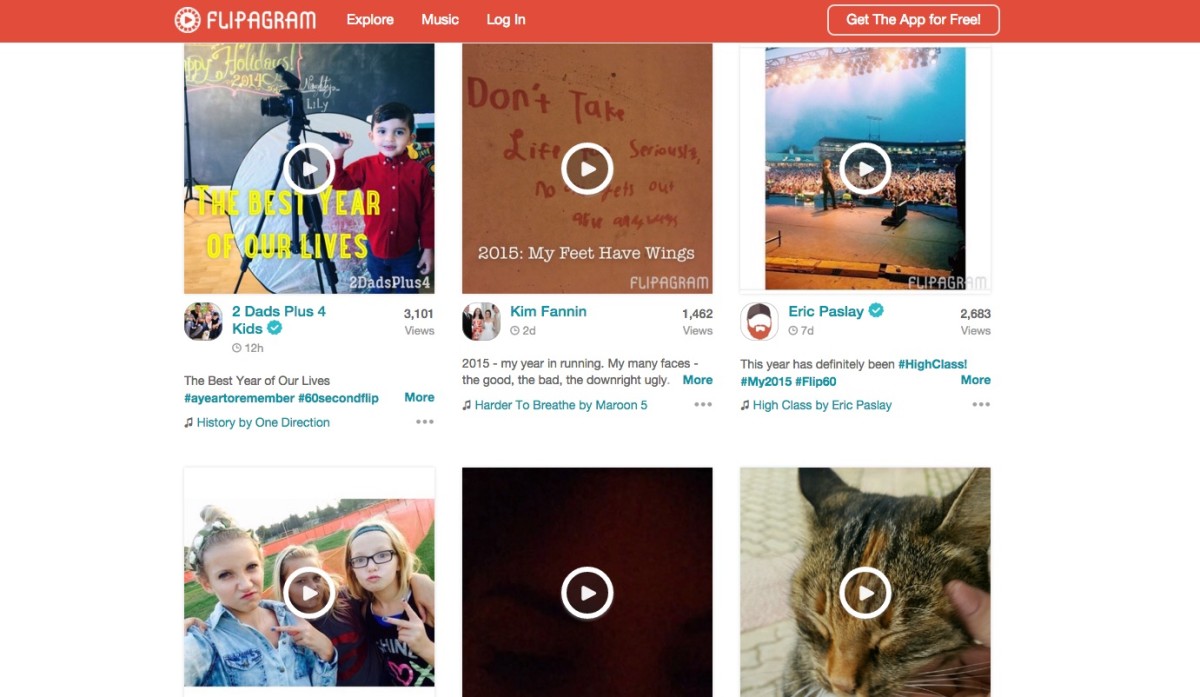 Flipagram has announced that it’s extending the length of personal videos you can make from 30 seconds to 60 seconds.

The app allows you to create videos from images and clips you’ve previously taken and accompany that with music from the likes of Ed Sheeran and Sam Smith.

Previously, the clips were limited to 30 seconds but the company says its users have been requesting the 60 second update for a long time.

Flipagram burst onto the scene a few years ago when lots of people started uploading end of year clips from the app to Instagram. Since its release, the app has become its own social network, with over 180 million ‘Flips’ being created in 2015 alone.

Some of the biggest artists allowing their songs used on the app include Meghan Trainer, One Direction, Calvin Harris and Justin Bieber, who have been added to a combined 11.6 million Flips this year.   This is made possible through a partnership deal Flipagram has with Universal Music Group, Sony Music Entertainment, Warner Music, Merlin and other music publishers.

Flipagram has a huge database of music from relatively unknown artists and browsing the videos on the app is a good way to discover new talent.

You can buy the songs you like through Flipagram on iTunes, but it wouldn’t be surprising if the company started a paid tier to encourage in-app purchases for access to certain artists.

The app is free to download on Android and iOS so if you’re looking for a way of summing up your year, Flipagram is a good place to start.

Read next: A flying video drone for $35 is here: The Cheerson CX-10C Nano