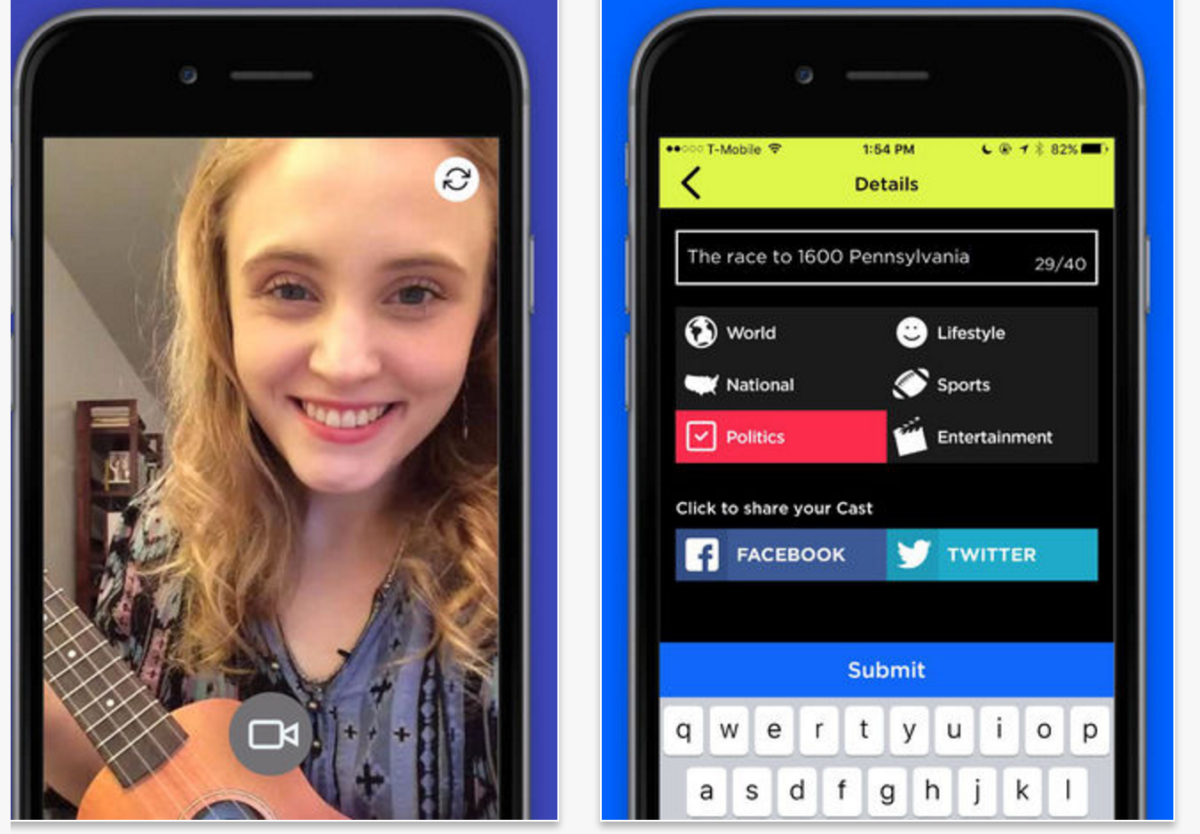 If you’ve ever had dreams of making it big reading the day’s top stories — whether seriously like ‘NBC Nightly News’ or semi-seriously (and hilariously) like ‘The Daily Show’ — Headliner is a new iOS app designed to take a crowd-sourced approach to news-gathering and sharing.

“Headliner is redefining the news broadcast for the mobile generation,” Dana Gibber, co-founder of Headliner, told TNW. “This is a news broadcast that can be consumed anywhere, created anywhere, and is social, interactive, and organic. Our algorithm ensures a quality experience, but the content truly comes from talented people everywhere.”

When users download and log into Headliner, they can record up to 20 seconds of video discussing news of the day. Then, they can name their post and drop it into categories like ‘Sports’ and ‘Politics.’ Popular, well-made videos can then make it to Headliner’s ‘Featured’ section.

Headliner not only relies on its community for content creation, but also for curation and moderation.

“We are trusting people to upload content that is real, but also make sure users know they’re getting news from their peers,” Lini Klatt, co-founder at Headliner, said. “We’re not editors, and we don’t verify or fact-check news.”

Even though the app doesn’t have an official moderation system in place, Klatt says the app’s closed-beta, which began with 40 users and grew to a few thousand, demonstrated that funny and timely videos floated to the top. As such, Headliner looks like an outlet for budding comedians to try out topical material — perhaps honing their skills to become the next Trevor Noah.

“Headliner is finding the most talented people out there – those with the funniest, most interesting takes on the news – and connecting them with the broader audience of news consumers,” Klatt said. “It’s a marketplace for talent centered around news.”

Download Headliner today for free in the App Store.

Read next: Sony joins Microsoft and discounts the PS4 to $299 for Black Friday, so where's Nintendo?