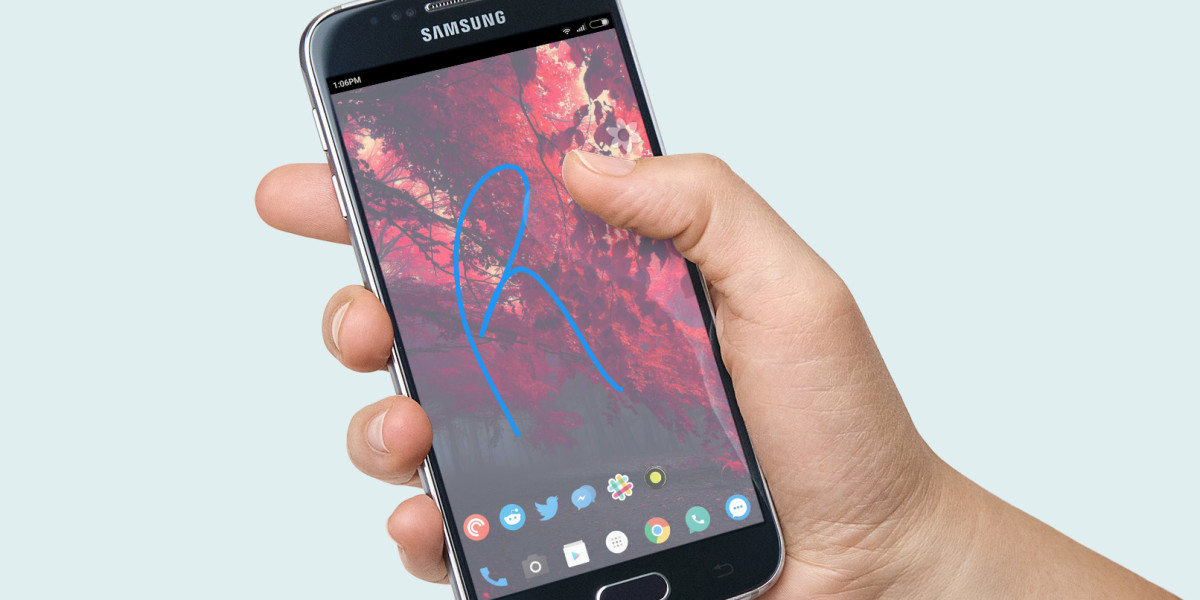 While our phones are getting better at handling multiple tasks, switching between them to get things done still takes more than a couple of taps.

ClearView Gestures makes it a lot easier: the free tool lets you draw a squiggle to launch apps, make calls or compose a text message to anyone, no matter which app you’re using.

You’ll need to first train ClearView by drawing a gesture (such as an alphabet or a shape) three times and then associate it with an action, like launching an app or shortcut, or placing a call.

You can then invoke ClearView at any time either by tapping the floating overlay or the persistent notification in your notification bar. Then simply draw your gesture and ClearView will immediately perform the function associated with it.

The app works well and offers tons of options to tweak its behavior. It also doesn’t require you to be accurate in reproducing the gestures you’ve saved, and I didn’t have any issues getting to perform actions even when drawing clumsily on my screen.

I also found it to be more responsive than Nova Launcher’s gesture feature, which often doesn’t recognize multiple attempts and only works on the home screen.

The pro version, available for under $1, unlocks features like swipe spots so you can invoke the app from anywhere and a button pad to launch your shortcuts without drawing. However, most users will find ClearView’s free version more than adequate.

If you frequently call a few contacts or check apps like your email client and Twitter, this is a great way to get to them quickly.

Read next: Nest's smart thermostat goes on sale in Europe with hot water control for €249