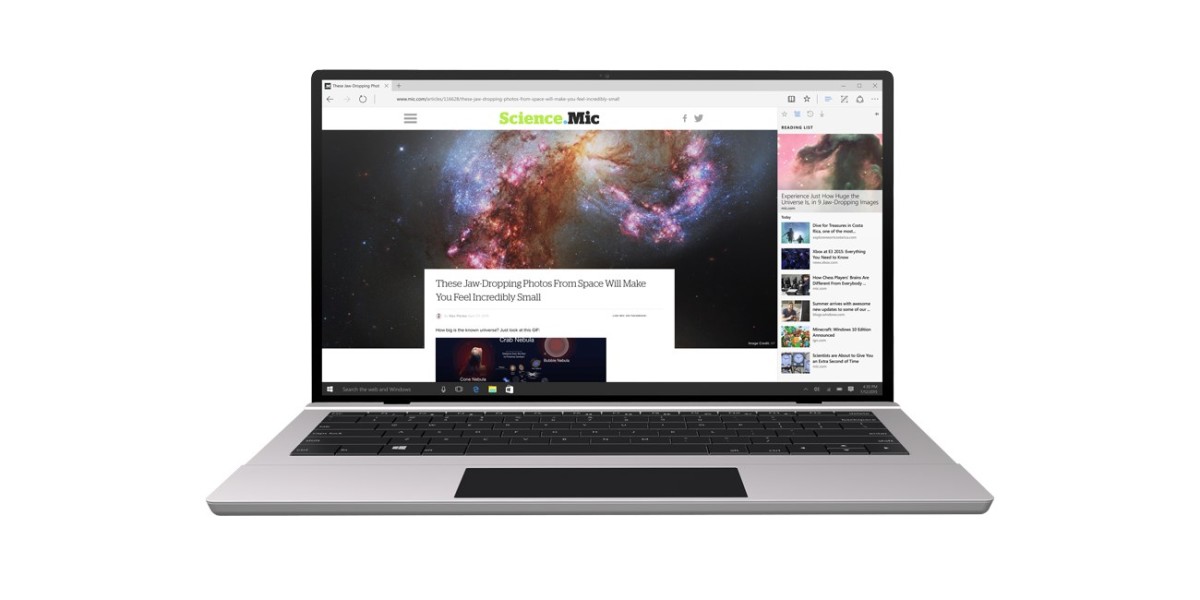 Although fans of Microsoft’s Edge browser may have recently been saddened to hear that it won’t support extensions until some time next year, here’s some good news: it will allow you to cast videos, photos and music to your TV with just a click.

Already available to early adopters as part of the latest Windows 10 Insider Preview build (you’ll need to be in the Fast ring to try it), the ‘Cast media to device‘ feature lets you send YouTube videos, Facebook photo albums and music from Pandora to any device on your network that supports Miracast or DLNA.

The feature offers similar functionality to Google’s Cast extension for Chrome, but doesn’t require additional hardware like a Chromecast or similar streaming device — so you end up saving a few bucks and an HDMI port on your TV.

However, this version of Edge doesn’t support casting protected content, so you won’t be able to enjoy services like Netflix and Hulu with it. Hopefully this will be fixed in a future release.

If you’ve been looking to break free from Chrome’s vice-like grip, this new addition certainly makes it easier to switch to Edge. Sign up for the Windows Insider Program to try it now — but be prepared to install buggy versions of the OS that are still being tested.

Read next: Google Keep for Android now lets you draw notes and view them on your home screen