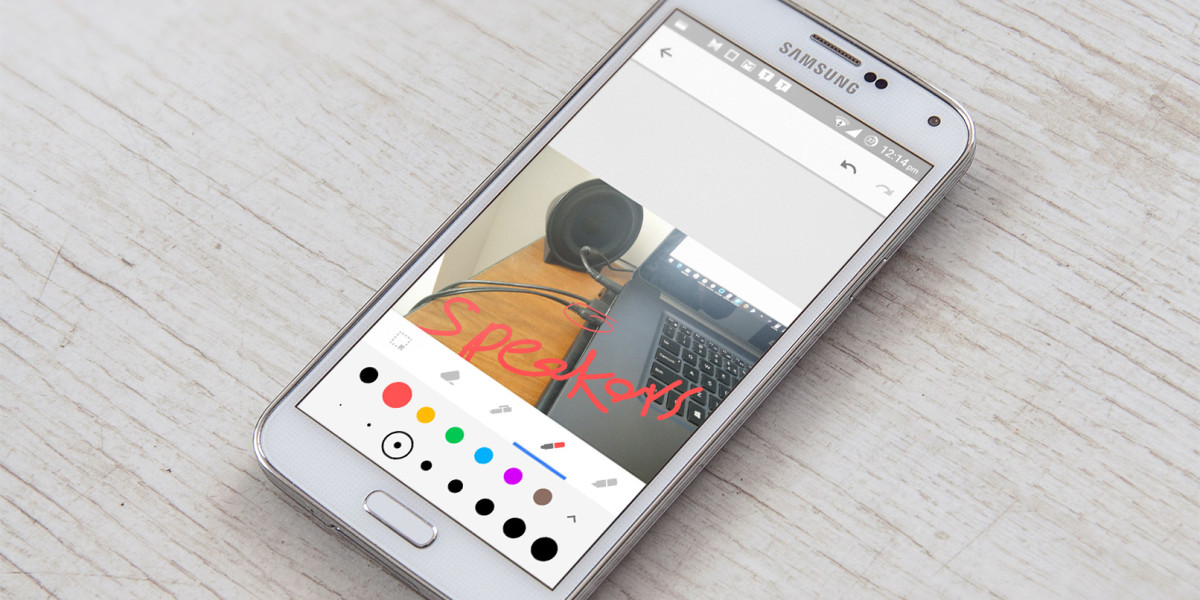 I’d been a die-hard Evernote user since 2009, but over the past few months I’ve taken a liking to Google Keep. It’s not nearly as powerful and can’t do cool stuff like store attachments and search text within PDFs, but it’s far lighter, quicker and simpler to use when you want to quickly make notes on your phone.

The latest version of Keep now lets you draw on a blank note or annotate an image by scribbling on it. You can launch the new ‘Drawing’ note type right from the app’s home screen widget to quickly start handwriting — perfect for phone numbers or short reminders.

There’s a fine marker and another with a rounded nib to choose from as well as a highlighter, and you can also select individual shapes that you’ve drawn and move, delete or resize them.

If you want to mark up an image, choose ‘Photo note’ by tapping the camera icon in the app or widget and take a picture or load one up from your gallery. You can then click the marker icon to begin drawing on it. It comes in handy for adding measurements or highlighting details in your shots.

What I like most about Keep and its new feature is that I can not only launch it with a single tap on its widget, but also scroll through recent notes without launching the app. That’s useful when you have to recite an account number at the bank or follow visual instructions to fix your computer.

It’s worth noting that Evernote lets you draw too, and actually has more features like the ability to rotate elements and add text to your creation. But it isn’t as easy to view the final image in its widget — it only displays a thumbnail and you’ll need to fire up the app to view it.

The update is rolling out to users now, but if you don’t want to wait, you can grab the latest version of Keep (3.2.435.0) now from APK Mirror.