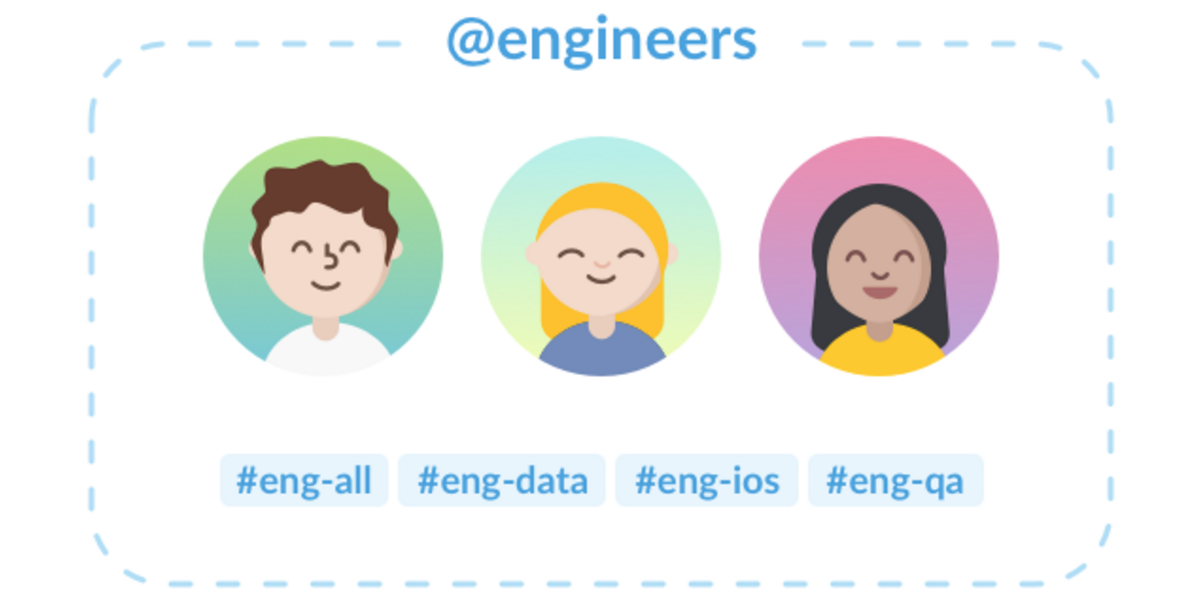 Fresh off of introducing group direct messages, Slack is adding another feature to make it easy to communicate with multiple people: user groups.

Think of them as another structural layer; now you can choose to send notifications to all @engineers, @developers or @interns, for example, regardless of whether they work in exactly the same channels.

Moreover, Slack says the update will allow you to better organize teams. Members of a user group can be set to automatically join specific channels, so that your @developers will be automatically added to all relevant chats (ex. dev-iOS, dev-android, etc.).

Likewise, it could be used for smaller sets of users, such as if only a few people in a single channel are working on a project.

It’s a small change, but could make it a lot easier to communicate with coworkers within large companies. I can see it being especially useful when different teams who don’t normally work together need to collaborate on a particular project.

To create a new group, simply head to the Team Directory panel and start organizing. The feature is coming to Standard and Plus accounts starting today.

Read next: Chatting over Tor just got a whole lot easier