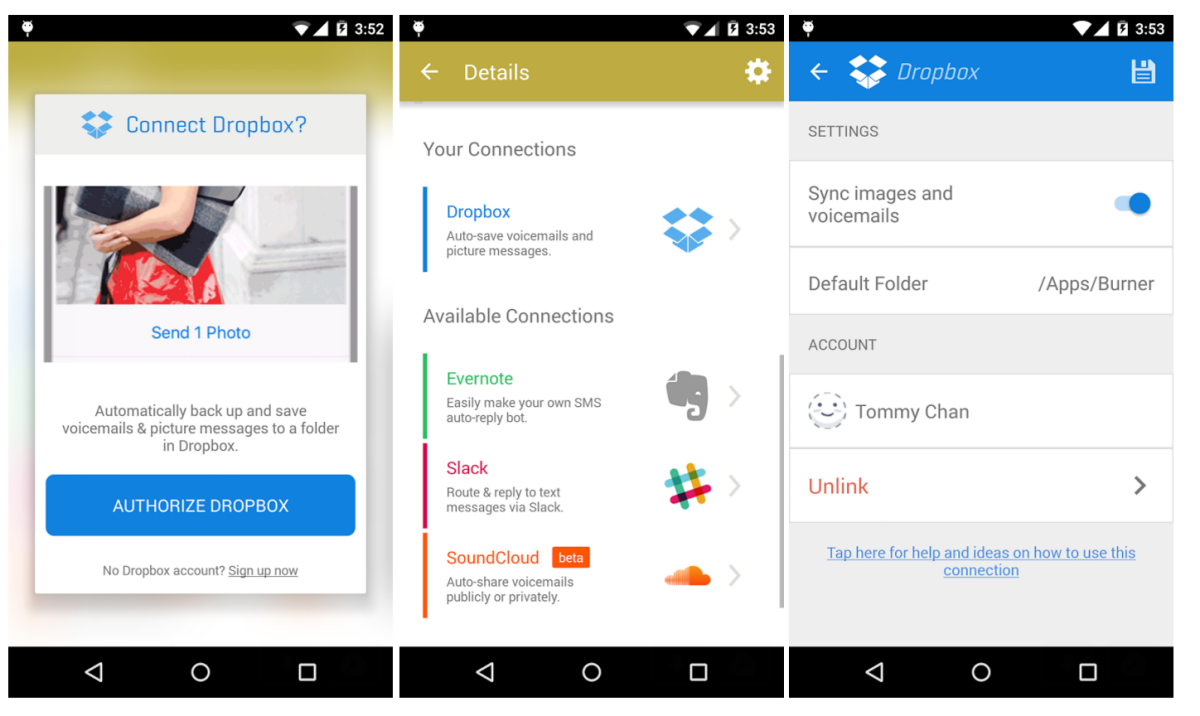 In a big update today, smart phone number app Burner has brought support for Marshmallow as well as its new Connections to Android. But that’s not all: in addition to using Slack with the app and having the option for a premium account, Android users will now have more privacy and control over their Burner numbers.

Specifically, Those who use Burner on Android will now be able to block texts and calls from an individual number to prevent harassment or annoyance. This useful– as the company gets more involved in helping its users connect with a broader audience, it should also think closely about uniformly and universally providing tools to help regulate and edit that process. Plus, every phone can block a number.

Android users can now take advantage of Connections to integrate Dropbox, Slack, Soundcloud and others into their Burner app to create new actions and services from within those apps. According to the company, the feature has been well received. “Burner users have been using Connections for all kinds of things, from promoting their music to running their startups,” the company wrote.

Additionally, the company introduced a new look, as well as some basic improvements that will likely get Android users up to speed with Burner’s current direction.

Read next: Google will test its balloon-powered internet service in Indonesia next year