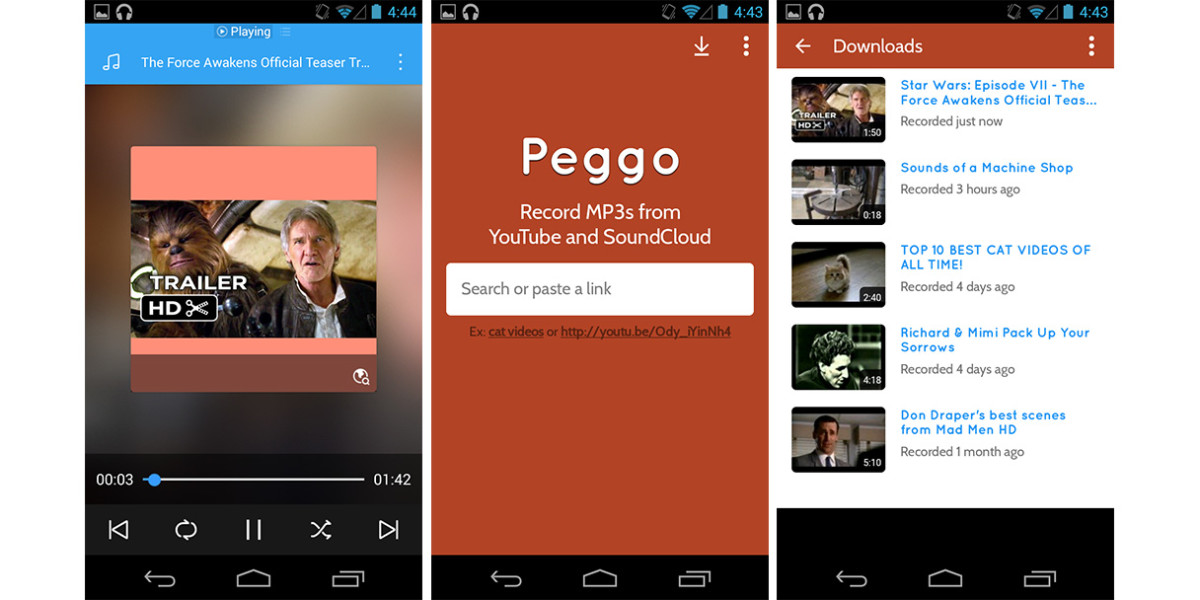 You may recall we told you about Peggo, an online app that made quick work of recording YouTube video and SoundCloud audio output for offline viewing on your desktop. Among its standout features are integrated search, automatic silence removal, audio normalization, subtrack offsets and auto populating artist and title tags, all wrapped into a free online interface. It remains my go-to app for such DVR on the desktop.

Now, Peggo has released a new app for Android with some — but not all — of these capabilities. In the intervening year of developing the mobile app, Peggo’s recording speed has doubled, and the app’s metadata discovery engine can now automatically fill in the proper album or track name, and even provide cover art if available.

The current mobile version records only audio, not video, which is a bit disappointing. However, that could change at some point. The initial release is focused on making Peggo’s majority use case — recording audio — smooth and simple, according to the developer. Whereas the web apps, desktop and mobile, continue to support recording both audio and video, video support for Android is forthcoming.

Meanwhile the current version works to save bandwidth, especially for flaky or intermittent networks and for people who want to avoid ads. The app is also a native player for the platform., which some users prefer.

Peggo’s mobile version was developed for Android first, but it also may eventually make its way to iOS.

Peggo is available free from various app stores, though not on Google Play.

Read next: Here it is: The ‘Star Wars: The Force Awakens’ trailer