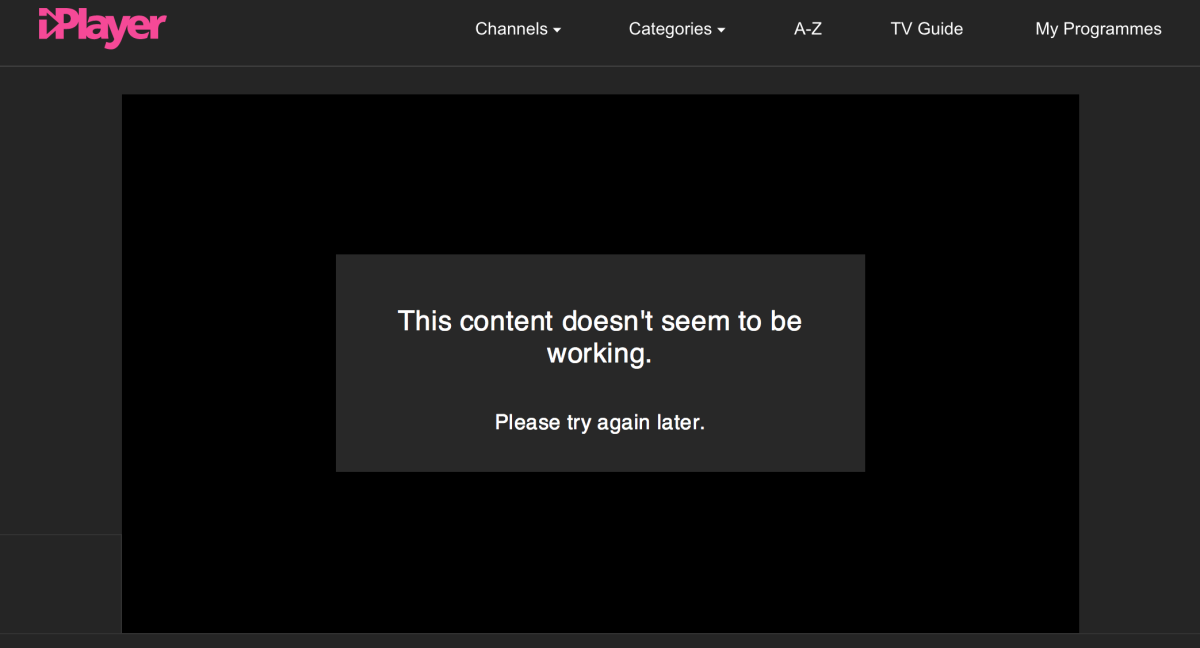 In a surprising, but somewhat expected move, the BBC today reportedly began cracking down on users that access its iPlayer service via a VPN from outside the United Kingdom.

The move comes ahead of the expected launch of iPlayer in the US in the near future, but has locked out users worldwide who leverage services like Hola to access iPlayer.

A BBC spokesperson told The Register that it “regularly makes updates to our technology to help prevent access to BBC iPlayer from outside the UK, which breaks our terms of use.”

If you try to stream with a VPN switched on, you’ll now see the error “BBC iPlayer TV programmes are available to play in the UK only.”

Some services, such as IPVanish, claim that their services have circumvented the blockade, but it is likely it won’t last long.

Read next: The AI that writes articles for you is now available for testing