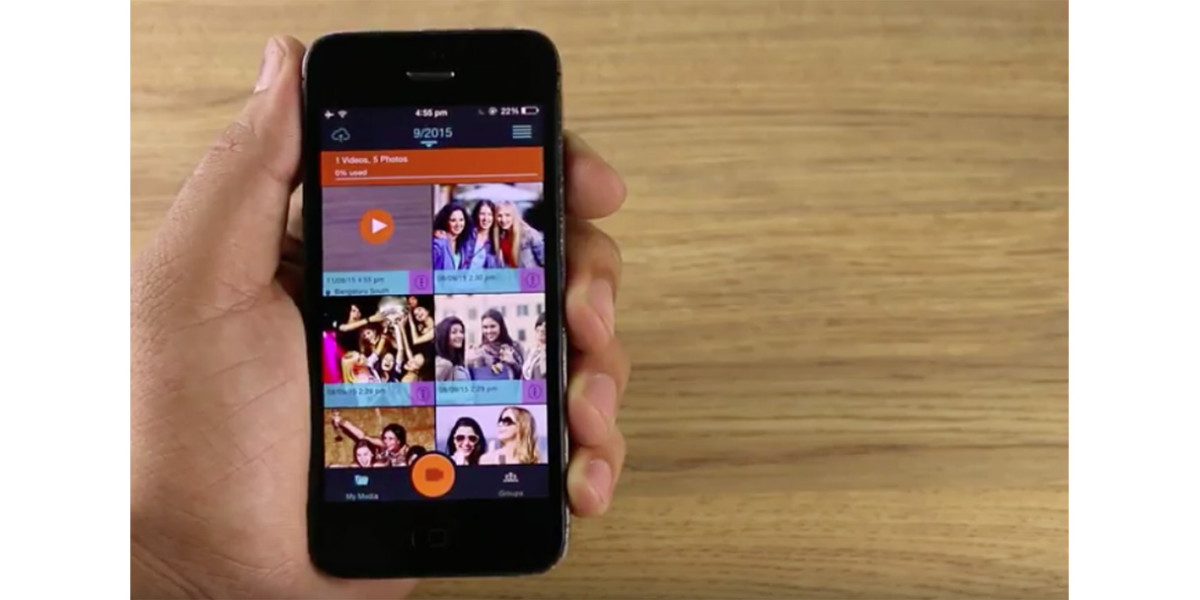 Even if you’ve bought the highest capacity mobile phone, shooting lots of photos and videos will challenge your storage capacity. Repeatedly deleting and offloading files can get tedious. Camra, a free app for iOS and Android that’s been in beta for more than six months, has now launched globally, offering a different way of shooting that relieves you of the anxiety of running out of space on your phone.

Camra offers a cloud-based solution to the storage problem, but with an unusual twist. Instead of simply letting you upload video to a server, Camra has you shoot directly to a server without the content ever residing on your phone. Even if you already have a packed device, no worries. You can still shoot all you want.

With Camra, you not only store media (including full HD videos) directly in the cloud, but also get swift upload speeds. Camra’s technology converts the video as it uploads so you can watch it immediately — without having to wait for conversions after videos reach the server. You can view your material from your mobile device or computer.

You can watch and share your video while maintaining complete control over it, either on your mobile device or computer. Say you share a video and decide to delete it later, it’s gone everywhere. You can also arrange to share content with a predefined group of people as well as across other platforms, such as Facebook and WhatsApp. If a user wants to see a photo or video shared with them – they can stream it without having to download it.

Camra offers a free package of up to 5GB, and a paid package of $0.99 a month for 100GB of backup storage. The company is also connecting with several cable TV providers to enable sharing and displaying media using a designated TV channel and is planning to add Apple TV support to allow users to view all of their photos and stream content on their TV directly from the cloud.

The company has already partnered with one mobile carrier in Israel and is now launching globally with $1 million in funding from private investors.

Read next: GIFs finally appear to be working on all Facebook pages