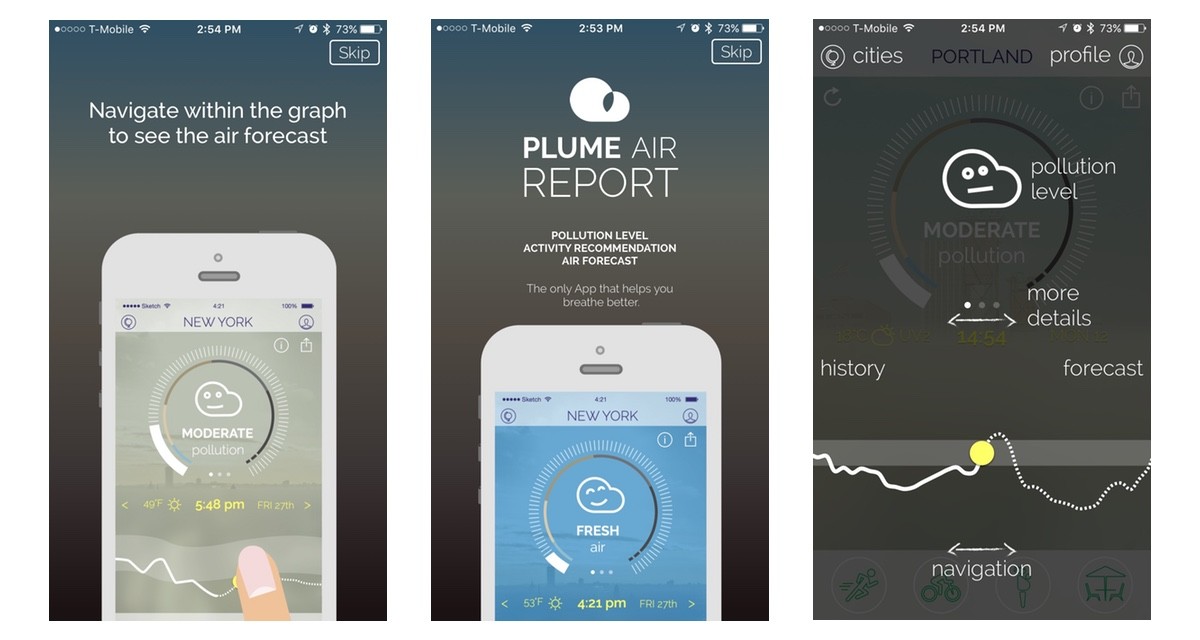 You want to go running, but it looks kind of gross outside. Is it safe, or should you wait until the morning? A new app, Plume, will tell you all you need to know about air quality, and then some.

Based on the World Health Organization’s guidelines on air quality collected from over 11,000 stations in 30 countries, the app produces what’s called a ‘Plume Index.’ That metric is a forward-facing, user friendly look at the Air Quality Index used by scientists and government.

In addition to the scaled index readout, Plume also charts a graph of your day. It shows what the air quality has been like all day, and predicts what it should be like that night based on historical data. 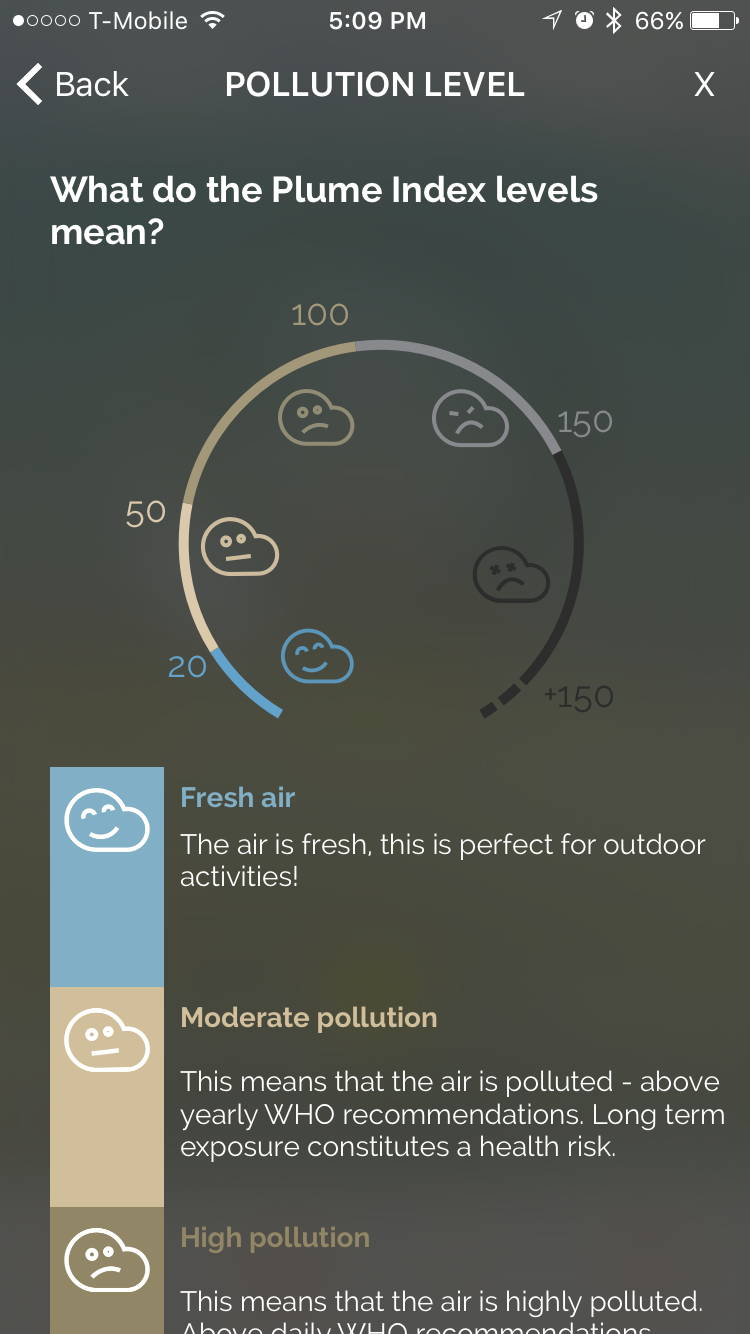 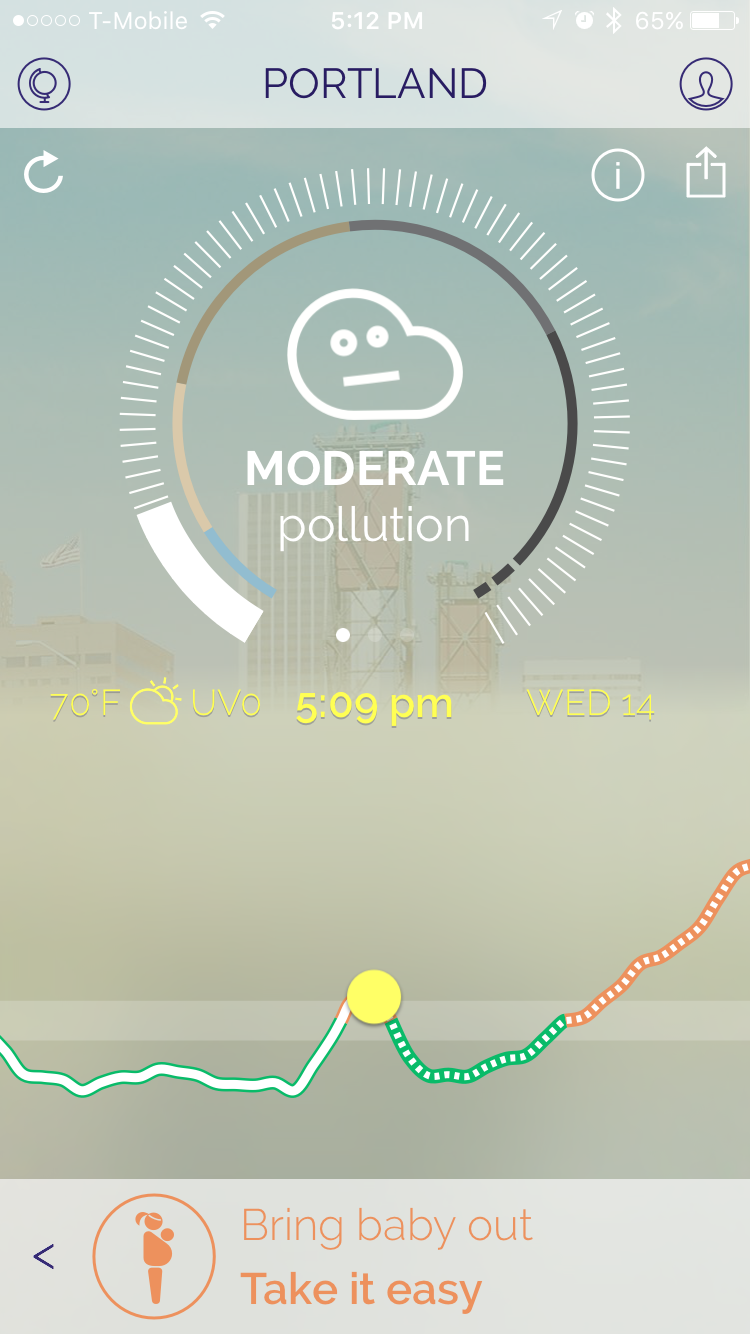 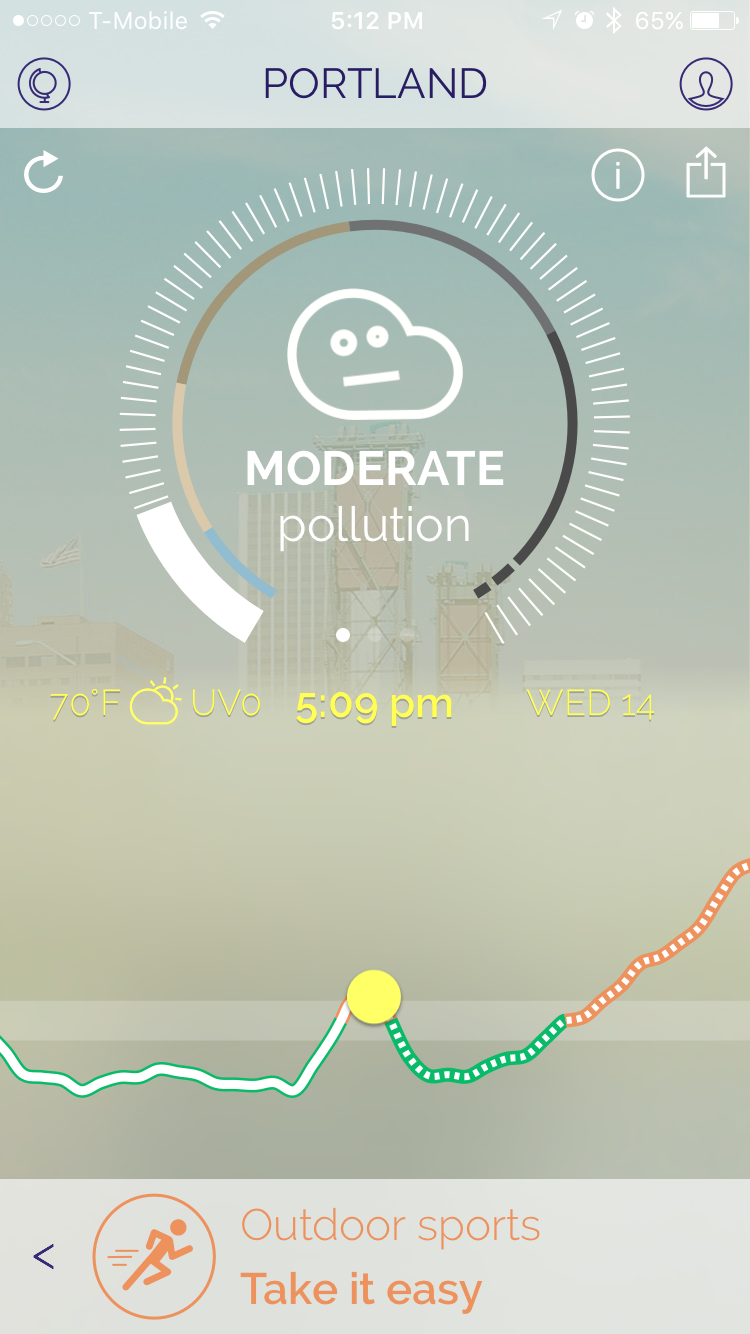 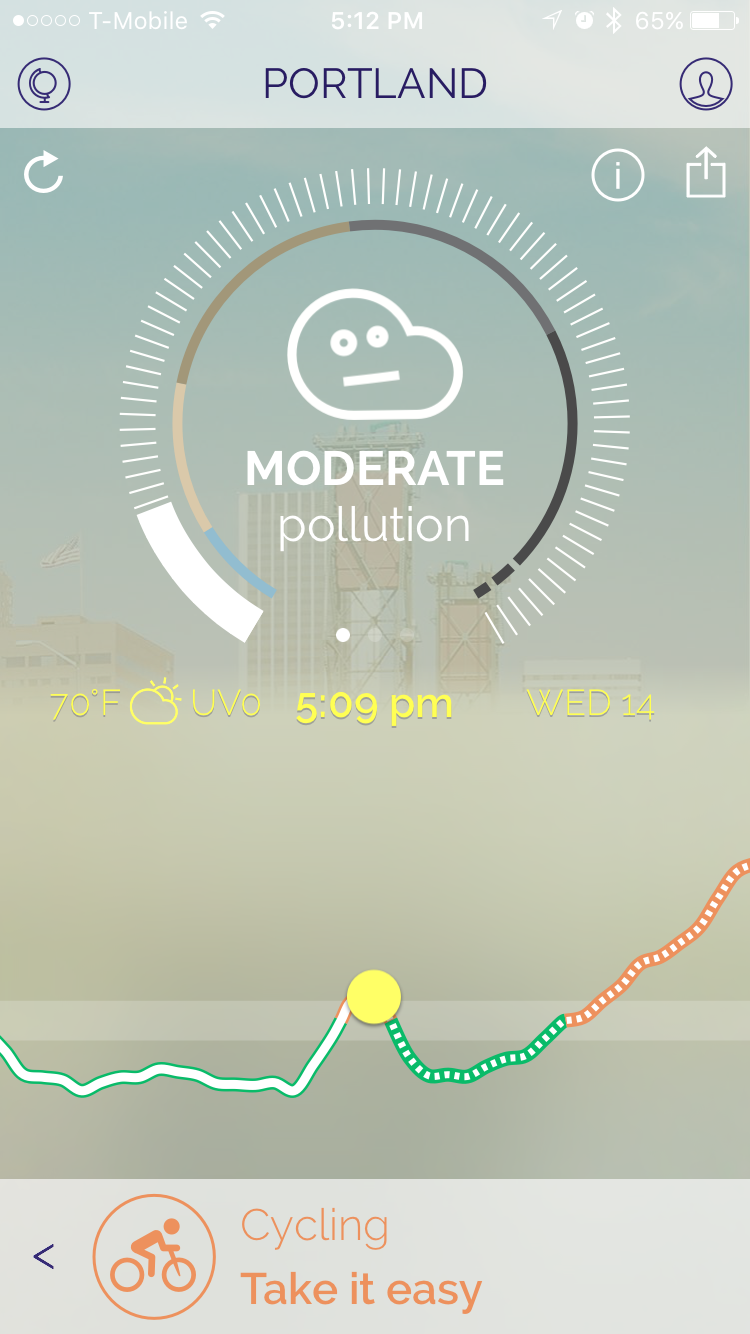 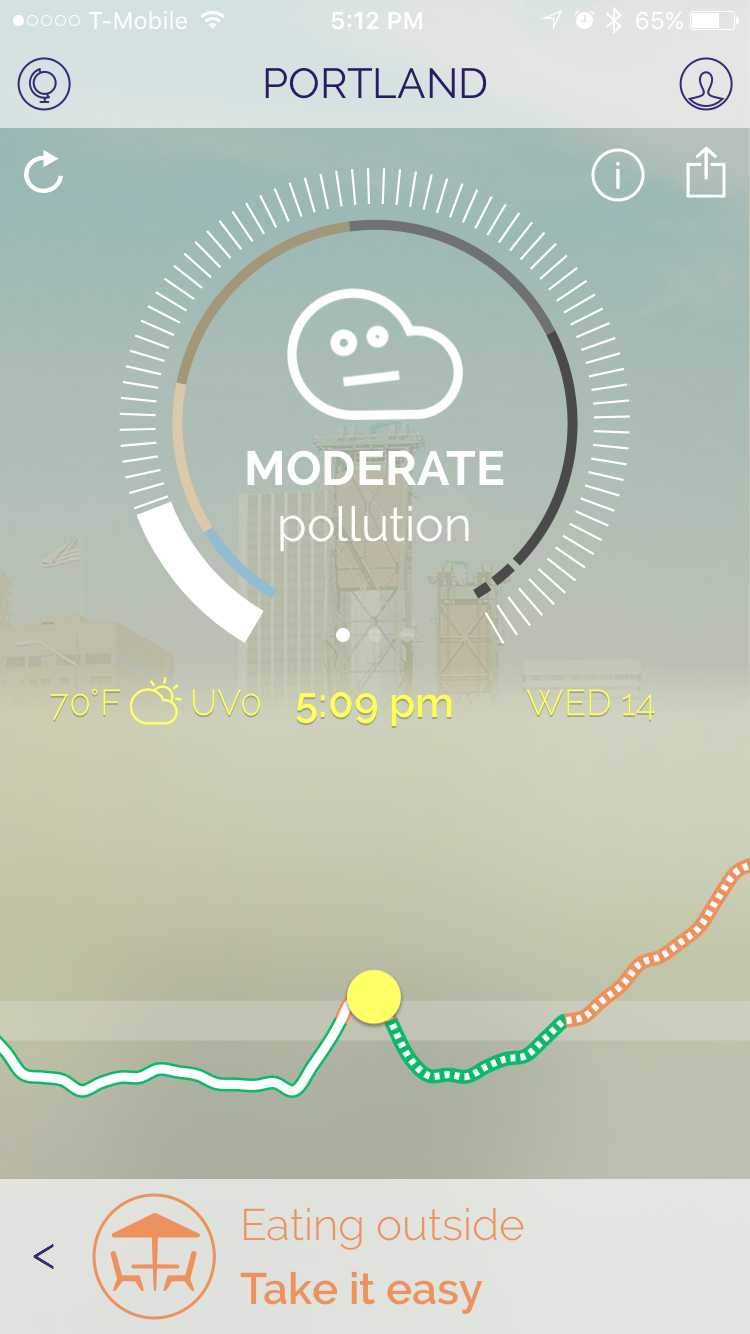 Plume even tells you how long you may want to be outside, based on its findings. It has icons for running, biking, eating and letting kids play outside (a woman with child), all of which are meant to give you recommendations on whether or not it’s a good idea to be outside based on that activity.

Sadly, the icons all offer the same recommendation, and aren’t specific to any particular instance. It seems like a touch of FUD, honestly, but the ability to slide the time locator along the Plume Index scale is handy for deciding how long you may want to be outside.

In addition to air quality, Plume also gives you insight on the UV Index, so you know if you need sunblock or not. It also has an Apple Watch app, which will come in quite handy for outdoor activity. 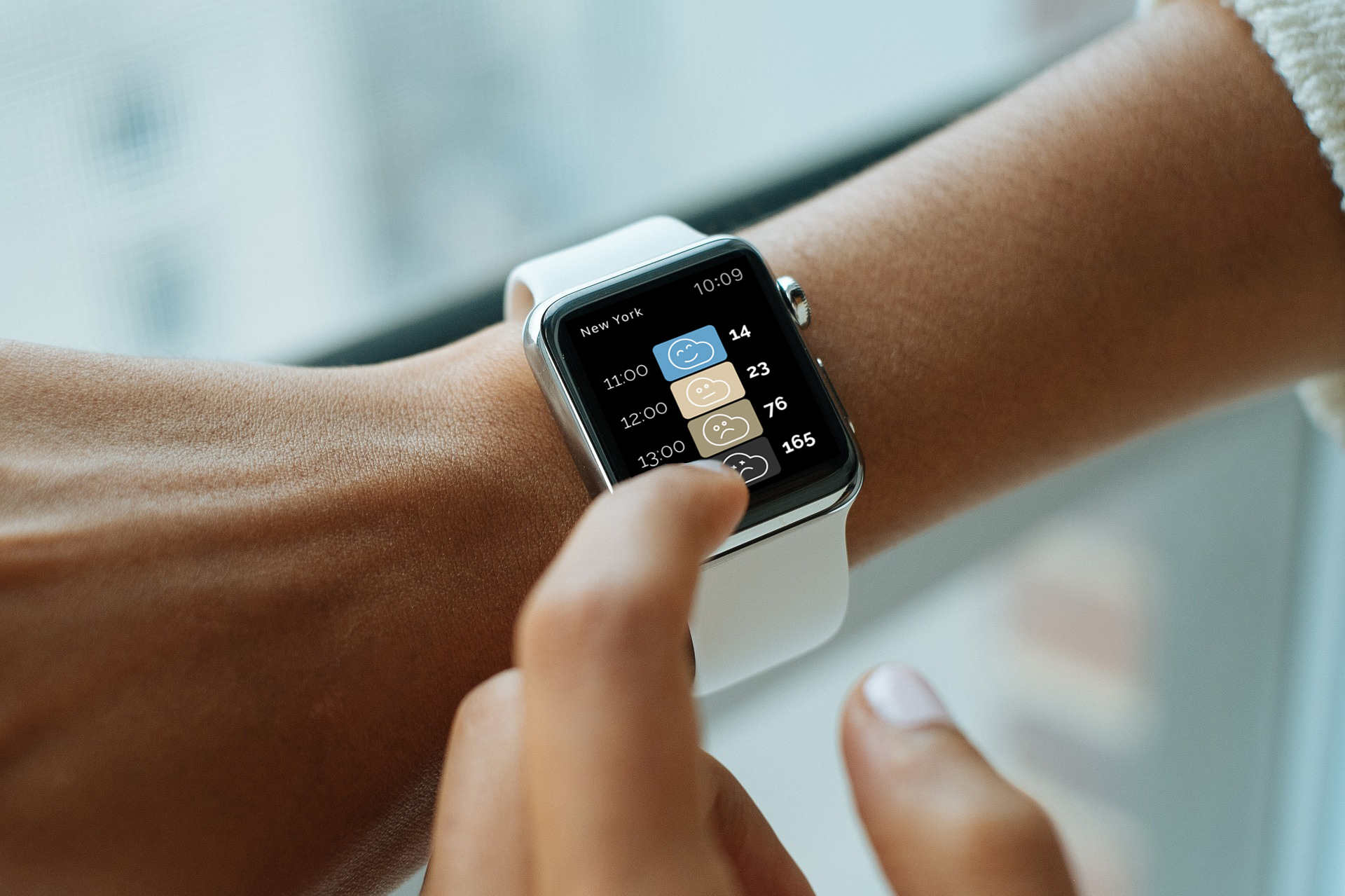 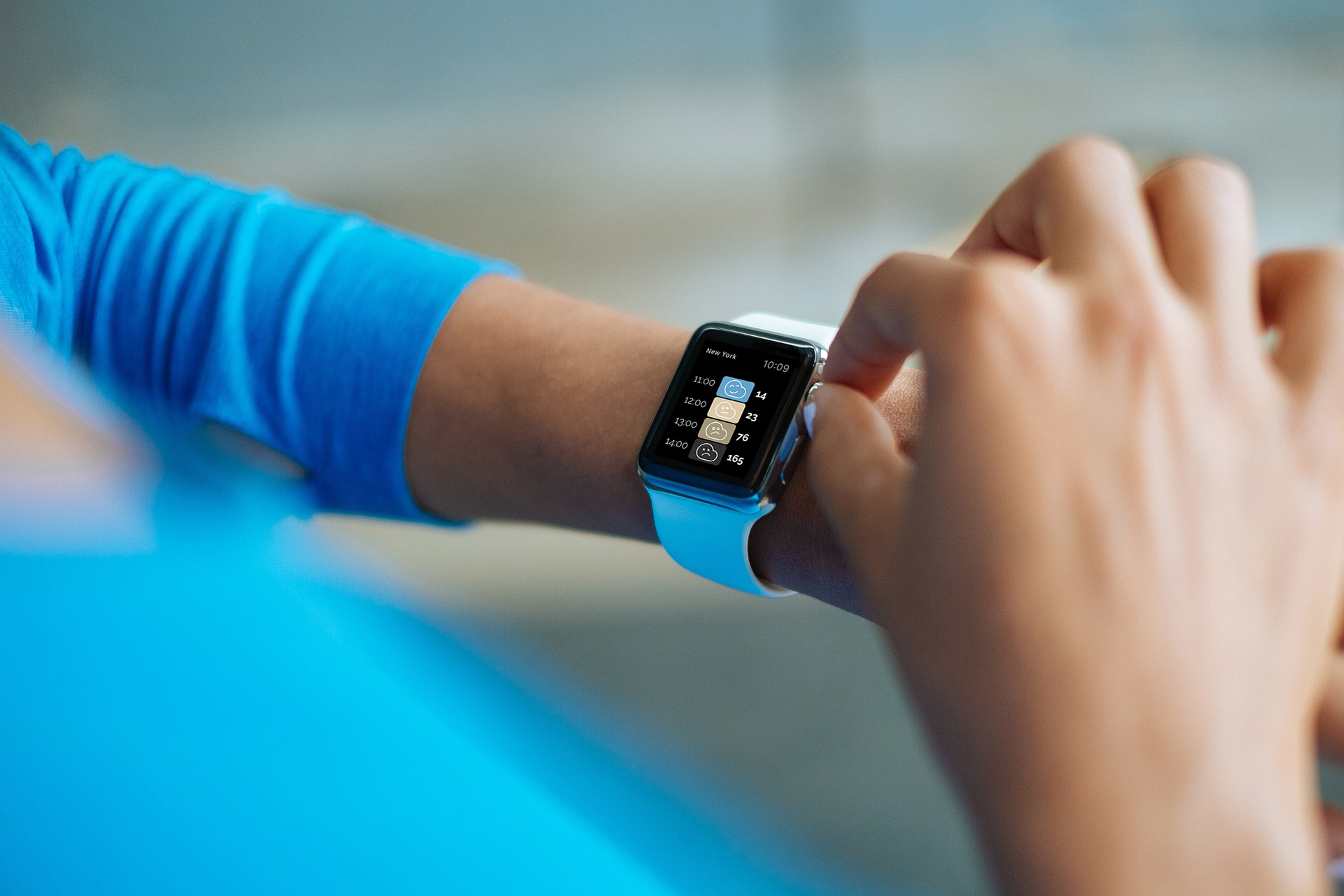 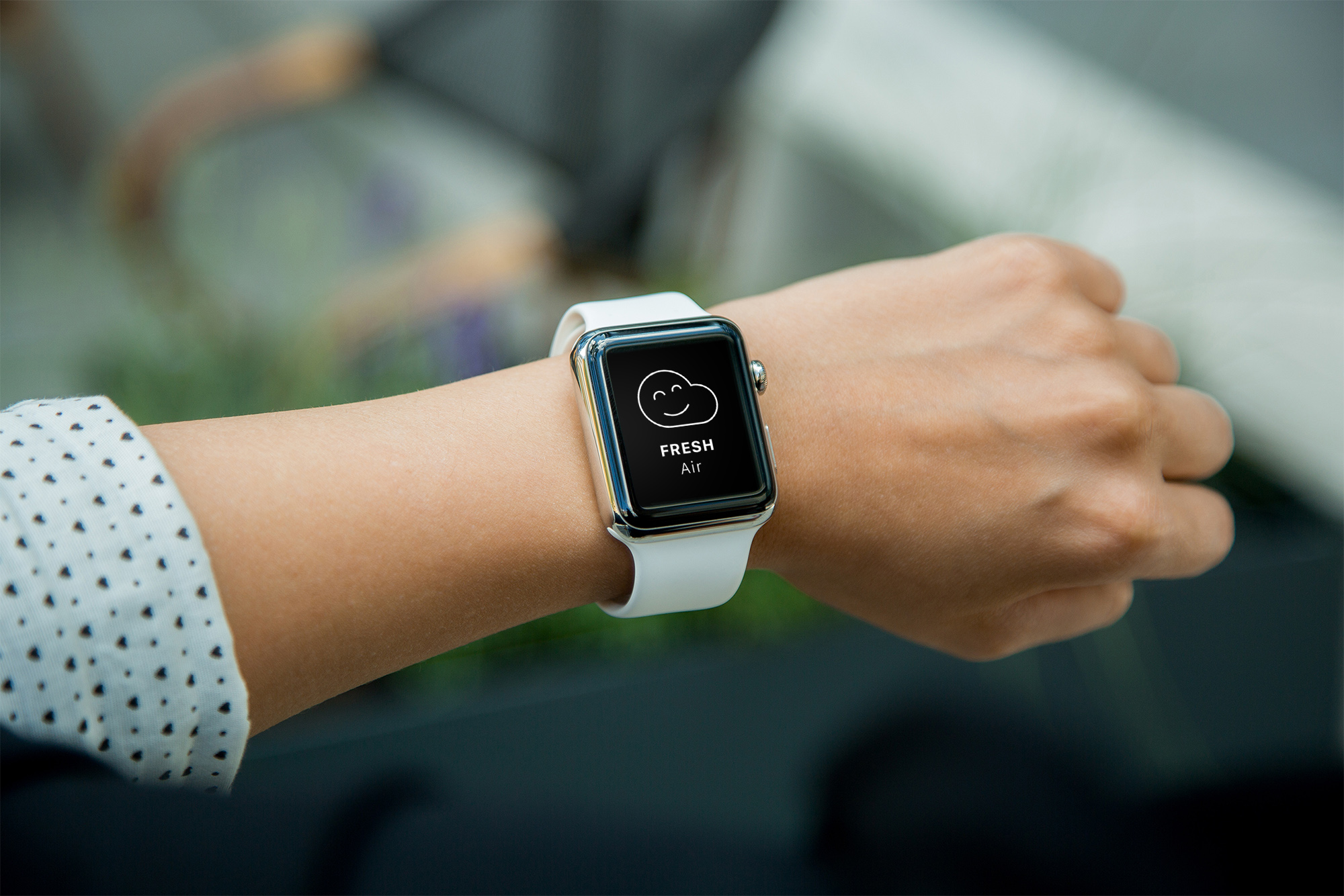 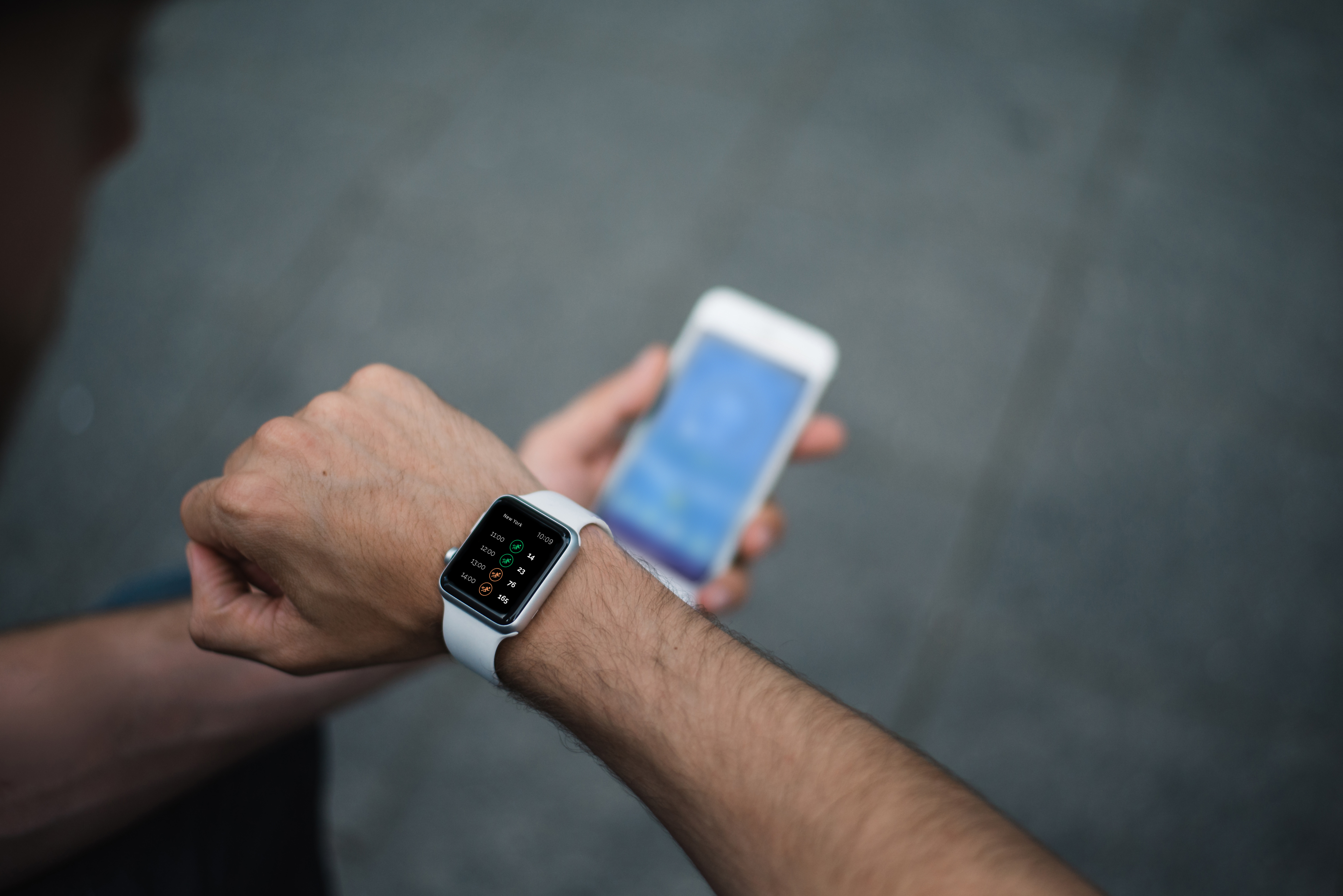 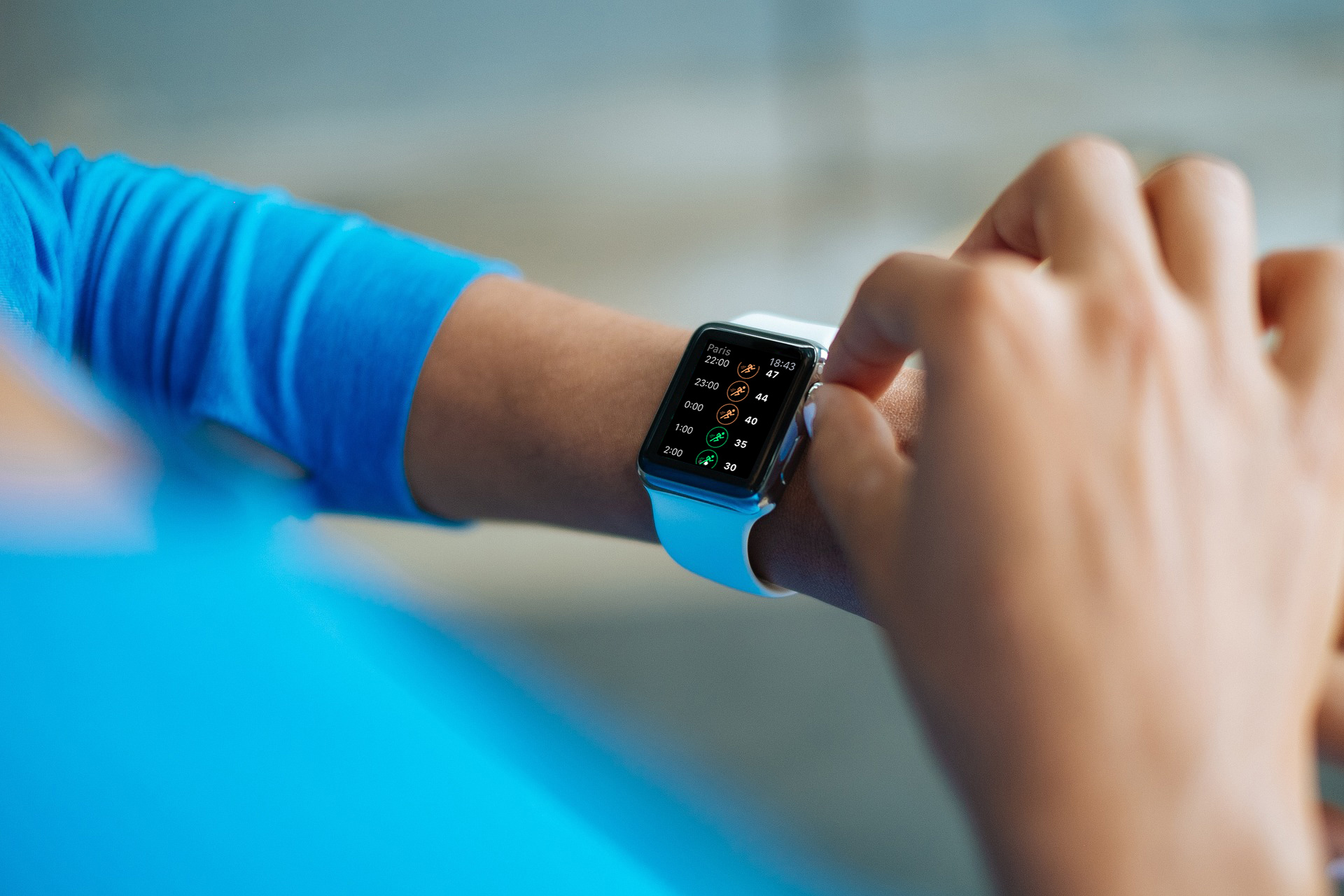 Plume is launching on the App Store and Google Play today.

Read next: Google is killing off Chrome's desktop notification center and I'm going to miss it