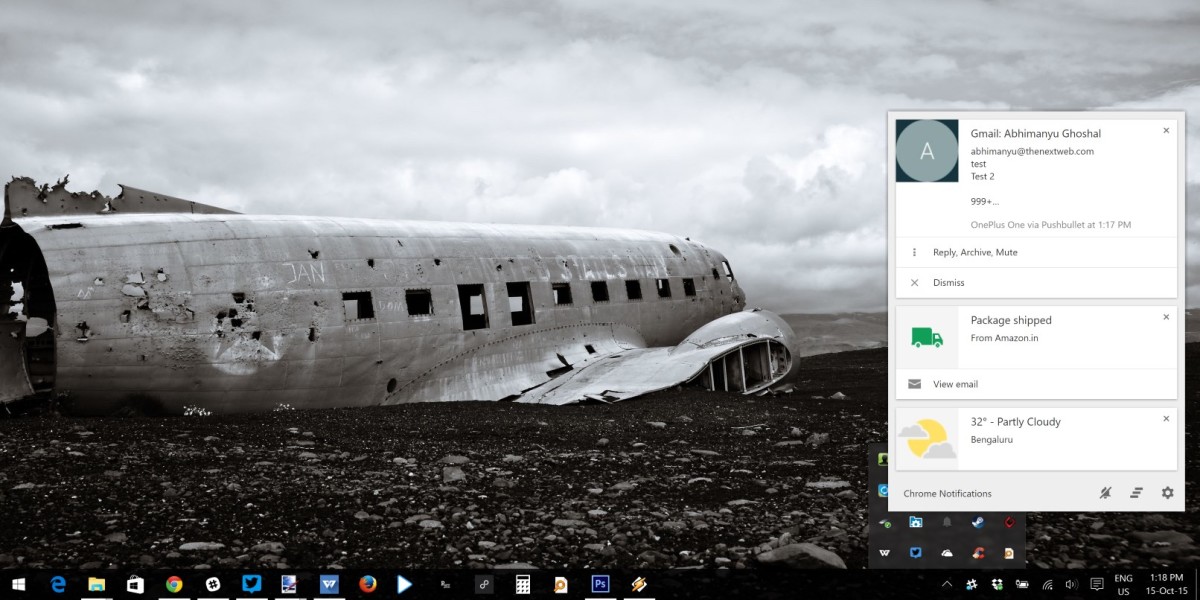 Google has announced that it will remove the desktop notification center in the next release of Chrome for Windows, Mac and Linux because very few people use it.

It’s a minor feature, and not many users will even notice its disappearance. But I liked being able to view notifications from Web apps and services on my desktop and I’m going to miss the convenience it offered.

The notification center made it easy for me to check new emails and alerts from the Web apps I use with Chrome. I was hoping it would improve over time, surface more timely information and let me respond right from my desktop, but that dream is dead now.

All’s not lost, though. All the alerts I received through Chrome also hit my Android phone, and they arrive on my desktop thanks to Pushbullet’s handy extension. It not only displays notifications but also lets me reply to messages, archive email and mark other apps’ alerts as read.

Those will still show up as long as Chrome is running, but I won’t be able to retrieve them from my desktop when I’ve closed my browser. It’s not a big deal, but it’s the sort of minor detail that makes desktops easier to work with.

Chrome’s notification center was introduced at a time when Windows didn’t have its own. However, now that Windows 10 has one that’s fairly competent and has more features in the works, it’s possible that Chrome’s alerts will soon show up there.

Read next: The future of locks is not going to be letting strangers into your home