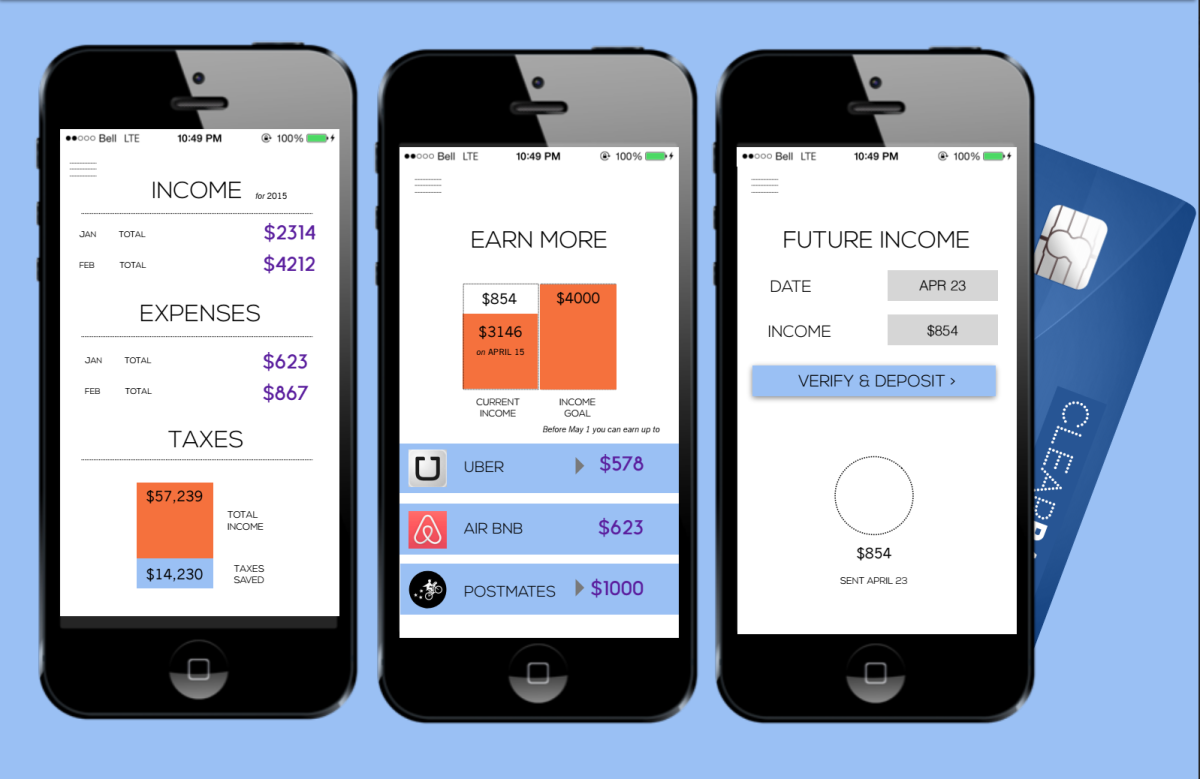 One of the biggest challenges in pursuing the so-called “gig economy” that remains a hot trend in San Francisco (and beyond) is managing cash flow and savings. When your main source of income is unstable and constantly in flux, it’s difficult to do the really important things. You know, like set aside taxes.

Clearbanc, fintech startup run by a group of Canadian freelancers and entrepreneurs that are now in the Bay Area and participating in YC’s new Fellowship program, is designed to not only help people in the gig economy set aside money, but also give them the ability to squirrel away money for fun or emergencies.

“For a freelancer, or if you’re self-employed, the way you think about budgeting is totally different,” Clearbanc co-founder Andrew D’Souza told TNW. “If you think about someone planning a vacation, you need to figure out what happens if you’re gone for two weeks.”

D’Souza said that Clearbanc, currently available in open beta, operates via Visa Debit card and works with a “major banking partner” — though he declined to mention the specifics. Clearbanc mobile application is built on top of that partner’s existing banking software, designed to help freelancers set aside money.

Once the debit card is linked up as a form of payment for freelancers, they can access money management software and even transfer the money at any time to another account for a $2 transaction fee. The money itself is insured through the FDIC thanks to the Visa and bank partnerships.

Eventually the app will help them project their earnings in advance, and the services of the bank will grow as well.

“We feel there’s so much great information and data about this group, and we can go in and price credit more effectively,” he said. “We want to be a full-service bank for this whole new economy.”

Clearbanc is targeting Uber for its ubiquity and the lack of a similar service from within the company’s ecosystem — its competitor Lyft, for example, has partnered with Stripe to help employees get money from their rides instantly. But it’s not limiting itself to just Uber: other gig economy companies like Instacart as well as traditional freelancers are invited to use the service as it grows.

And it should grow rapidly, thanks to its acceptance into the YC fellowship program. D’Souza said he’s excited for the experience.

“It’s a good opportunity to come down to San Francisco and immerse ourselves in the sharing economy,” he added. “It’s a great opportunity to get plugged into the ecosystem.”

Fintech is a hot space, and mixing with another incredibly hot space — the gig economy — means that Clearbanc has a lot of promise. But actually becoming a full-fledged bank is hard work: the one company everyone points to, Simple, had a very rocky time establishing itself and was purchased by banking group BBVA in 2014.

But Clearbanc has the promise of many tools to actually help gig economy employees and freelancers do their job better, and that is worth watching.

Read next: Nintendo's deal with Niantic should make you excited about Mario's mobile future