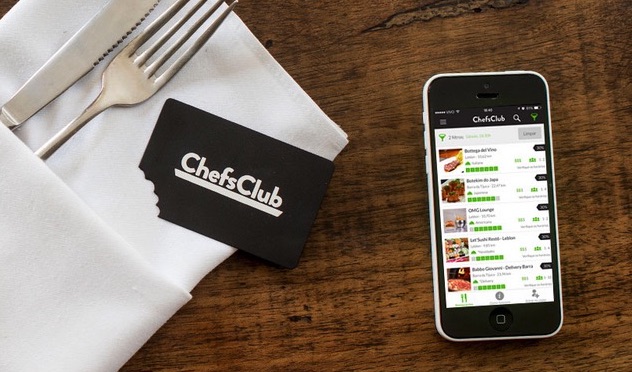 Each week we’re profiling one company that has been selected for Boost – our early-stage startup growth program. Catch up with these companies in person at The Next Web Conference in New York on November 18.

While the US and Western Europe have had the luxury of discount dining clubs for years now (Tastecard, Gourmet Society, Hi-Life Diners Club), South America’s burgeoning middle class has not.

Enter ChefsClub. Based and founded in Brazil in 2012, the team has added 1,600 restaurants across the country and is already the biggest dining club in South America.

Where did the idea for ChefsClub come from?

Fabrizio, an old friend since high-school, was doing his Masters in Copenhagen and saw a business model that he thought he could replicated in Brazil. Also he had a GroupOn company before and thought the model needed to evolve to survive. So he presented his thoughts to me and other to Danes and we decided to launch ChefsClub in Brazil.

I have a bachelor in Marketing and an MBA in Business Management. Before ChefsClub I worked for consultant companies, focusing on retail and customer service advisory. I also worked for B2W, the biggest e-commerce group in Latin America, as a buyer, as well as Reckitt Benckiser as a sales executive.

These two experiences gave me a good understanding of how to create relationships on both sides of the table. On top of that I was a university lecturer for a while, teaching marketing and trade marketing.

What are your goals for the company this year?

Launch a complete new website and app, to have 2,000 restaurants as partners and three million Reals in revenue.

What’s the best thing about working at ChefsClub?

The culture we have enables us to provide one amazing service to both our restaurants and customers. So I would say the best thing is the people we have and the culture they are developing together.

And if you didn’t launch ChefsClub, what would you be doing?

Probably I would open a restaurant or bar. I did some business plans. It turned out I’m helping 1,600 instead of one :)

Read next: An Adobe Flash bug affecting all computers is another reminder to uninstall now