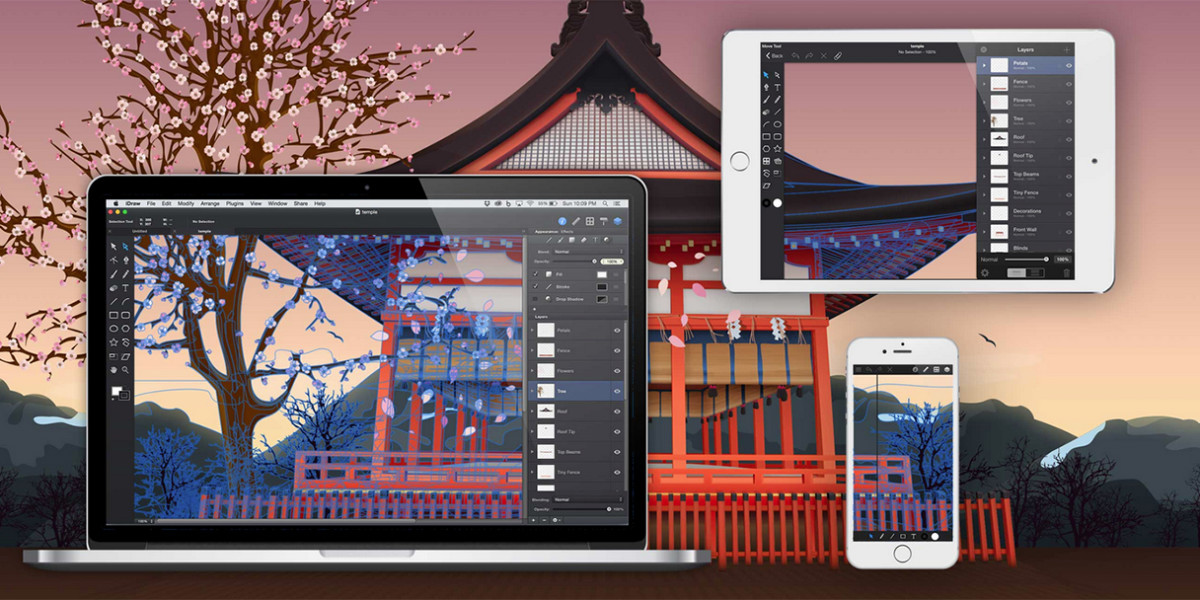 Autodesk has launched Autodesk Graphic, a vector design and illustration app featuring all the tools necessary for creating technical illustrations and art works.

The app is not entirely new: You may know it as a Mac and iPad app called iDraw. However, with its new name, Autodesk Graphic is not only launching for Mac, iPad but also for the iPhone. Its mission is to let you create and share designs easily across devices, and now users can quickly view and edit their work right on their phones.

Mac users can now recolor vector elements, or an entire artwork, via the new Adjust Colors panel and then easily drag and drop editable elements from SVG, AI and PSD files directly into a design.

Both mobile versions are optimized for iOS 9, with the iPad version adding support for new multitasking and split screen features.

Users can export bitmap and vector files to be used in any apps that accept PNG, JPEG, GIF, TIFF, SVG, PSD, AI, and PDF formats.

Autodesk Graphic is available for the Mac, iPad and iPhone for $24.99, $8.99 and $2.99 respectively. It is enhanced for El Capitan, including haptic feedback for alignment and point snapping on Force Touch trackpads.

Read next: Keep your data secure for life with Filebasin 2TB cloud backup (91% off)