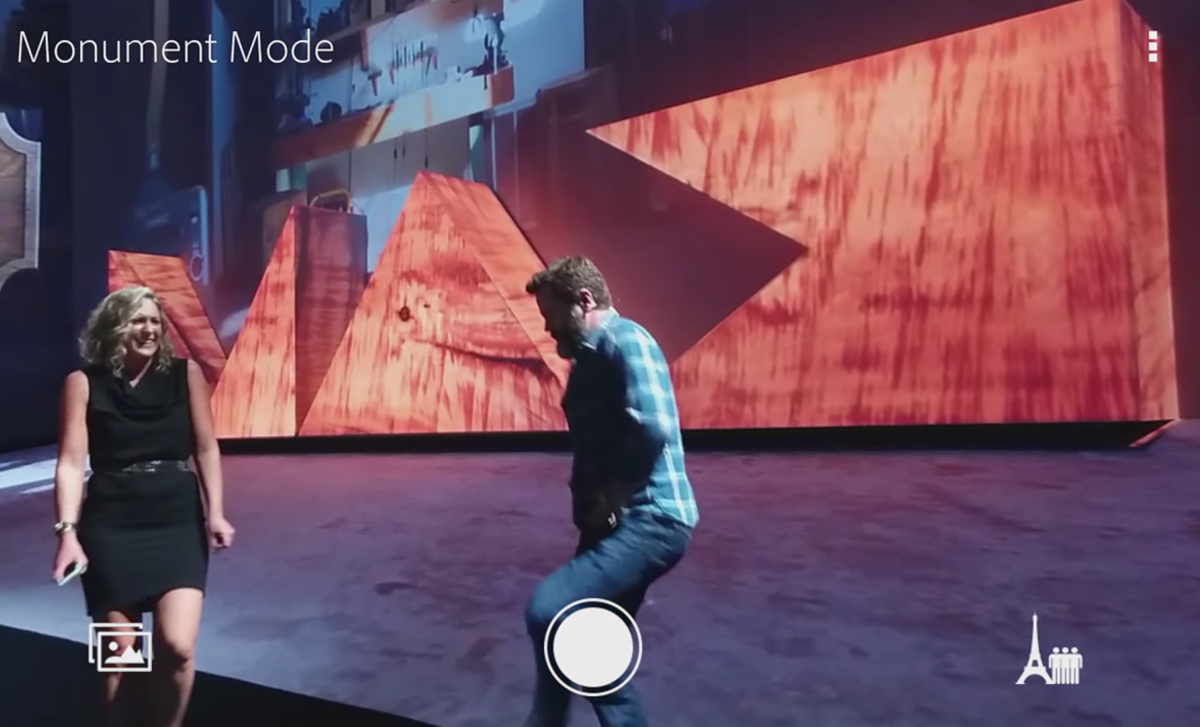 An amazing new prototype demo from Adobe at its MAX conference in San Francisco showed a camera app that can intelligently remove tourists and other obstructions from photos.

The camera application can be put into ‘Monument Mode’, which runs an algorithm over the captured image to remove objects and people as they move around, keeping the stationary background.

It analyzes the difference and ultimately creates an image with only the thing you actually want a photo of in a few seconds.

Monument Mode would be ideal for crowded tourist destinations like the Grand Canyon, where it’s increasingly difficult to get a photo without all the people in the shot.

The new camera app, which was demonstrated on an Android phone, is only a prototype right now. It offers an interesting glimpse into a future where you’re able to get the perfect shot every time, regardless of what’s in the way.

Right now it appears to require your device to be still, on a tripod or balanced somewhere. Hopefully in the future it’ll be able to work on handheld photos too, since you don’t see many people traveling with phone tripods.

Adobe did not comment on when the app would be available or offer a timeline for release.

Read next: Singaporeans may soon receive their mail by drone