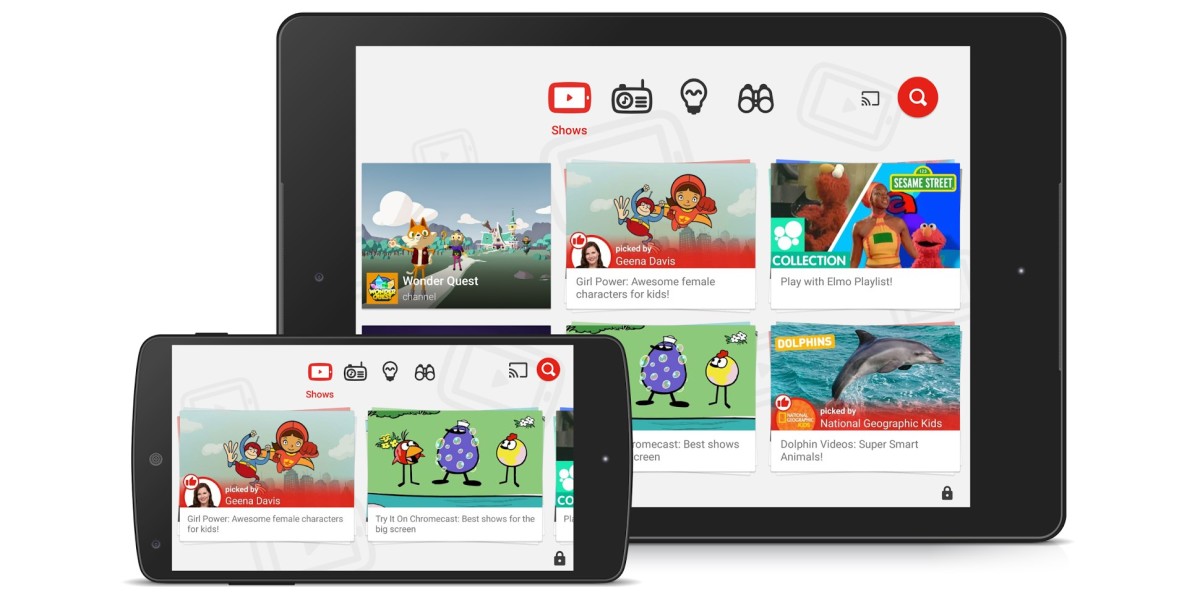 YouTube Kids has got an update on Android and iOS with a few useful features, including Chromecast support and curated playlists.

In addition to beaming videos to your TV, you can now explore playlists curated by collaborators like National Geographic Kids, Kid President and Geena Davis. Amy Poehler’s Smart Girls and Vsauce will add their recommendations soon.

Parents will also be able to set a personal passcode to manage how their children use the app. The company says it will soon roll out onboarding instructions to let people know how to customize settings, such as enabling and disabling the search function.

Since it launched in February, YouTube’s child-friendly video app has had some ups and downs. It’s racked up over 8 million downloads on Google Play and the App Store in seven months, but in that time, it’s had to tackle complaints filed by users with FTC concerning inappropriate content and deceptive marketing ploys.