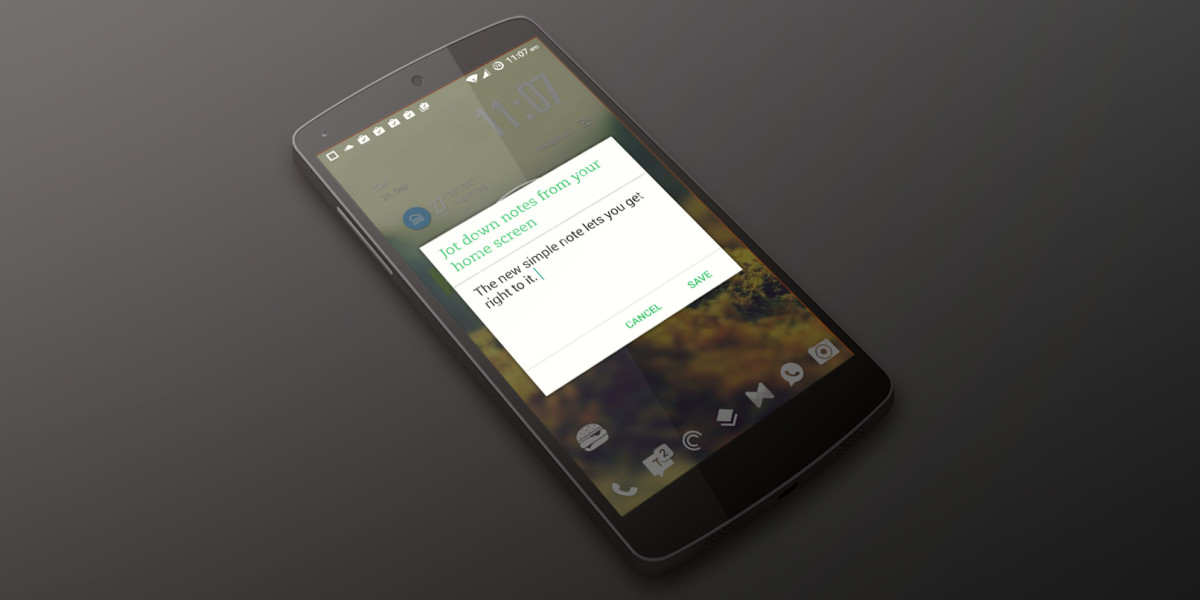 In an update to its note-taking app for Android, Evernote has added a widget that lets you quickly create a new note without leaving your home screen.

Evernote previously required you to download a separate app to use widgets. The latest version integrates these into the core app, along with a fresh coat of paint and a new note type.

Drop the revamped 1×1 actions widget onto your home screen and set it to create a ‘simple note’, and you’ll be able to start typing up a new note in a flash. It’s great for jotting down thoughts quickly when you don’t need to format your text.

You can also add the simple note feature to a 4×1 action bar alongside other Evernote functions or to the larger list widget that lets you scroll through your notes without launching the app.

I moved away from Evernote for a bit because it began to feel clunky when compared to Google Keep for quickly creating and viewing notes on my home screen — but the new simple note feature might just win me back.

Read next: Sonos TruePlay automatically tunes speakers for the room they're in