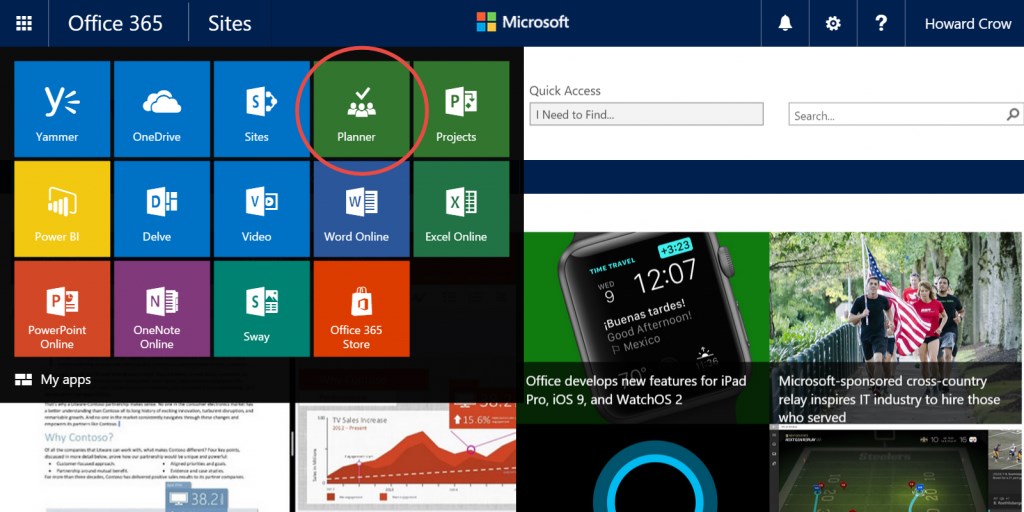 Microsoft has announced that it’s adding Planner, a new collaboration tool for teams, to its Office 365 cloud-based productivity suite.

The app lets teams create boards for projects with tasks that can be assigned to members along with a due date, attachments and conversations.

Planner gives you a visual overview of your team’s progress against deadlines with charts. It also lets you quickly rebalance tasks among members to help keep things on schedule.

The tool can also be used by educators. Every plan has a OneNote Notebook created for it automatically, allowing teachers to organize their coursework and share notes with students.

Planner will first roll out in preview to Office 365 First Release customers starting next quarter, after which it will become available to Office 365 Business, Premium and Education customers, and later to additional subscription types.