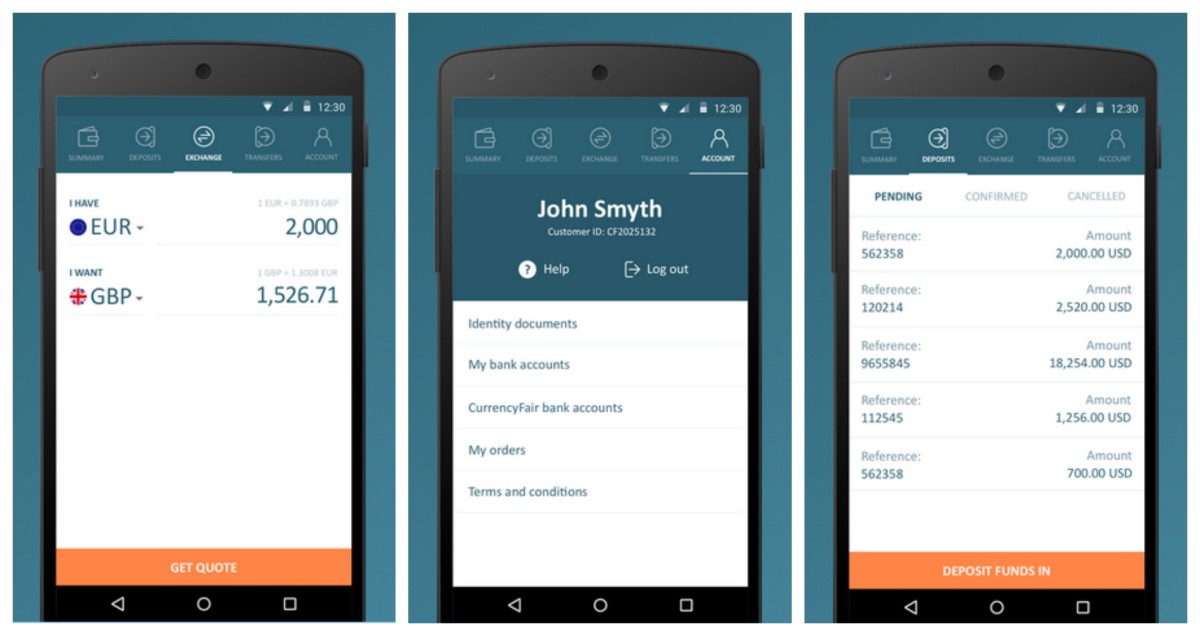 Foreign exchange marketplace CurrencyFair has today announced the release of its new app for iOS and Android.

Already a popular exchange platform on the Web, the new app will provide users with the same level of functionality but with better value, ease of use and security, according to the company.

Some of the app’s features include securely allowing users to take a photo and store copies of their ID and quick money transfers in various currencies. All exchanges on the app will be done using the live currency exchange rates and users can also see the exchange rate margin.

CurrencyFair uses a ‘Money Matching‘ model, which gives its users access to the lower exchange rates, usually reserved for bankers and brokers, so it’s a lot cheaper than swapping money over in a bank or Post Office.

The average fee for exchanges is also lower than most at 0.35 percent, compared to rates from 2 percent to 5 percent at PayPal, VISA and larger banking institutions.

CurrencyFair founder and CEO Brett Meyers says CurrencyFair “has spent considerable time building the world’s first truly peer-to-peer currency exchange marketplace so that we have critical mass to release our app. The app will maintain the usability and security of our desktop and mobile responsive site that has seen our users transfer nearly £2 billion to date.”

The company prides itself on being more that a traditional brokerage style platform, and its core users are expats and foreign property owners at the moment, according to Meyers.

Earlier this year, CurrencyFair became the first exchange platform to break the $1 billion barrier in transactions, so it’s encouraging to see the addition of a mobile platform, which is sure to broaden the appeal of the service.