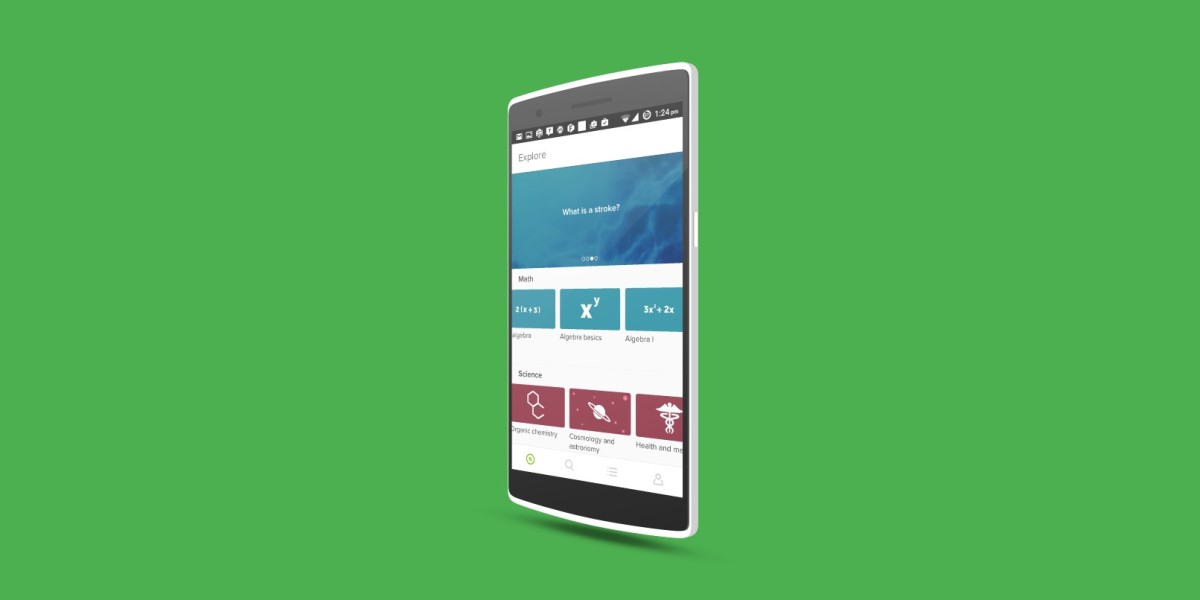 Learning resource Khan Academy has released its Android app in beta today, allowing users to watch tutorials on a range of subjects including math, science, art history and programming.

The nonprofit has created over 5,000 videos to date, and now they’re all available through the app’s simple interface.

While you can watch Khan Academy videos on YouTube, the app lets you view transcripts, add clips to a list to watch later or download, and track your progress as you advance through lessons.

The app is rather basic at present and doesn’t yet include the interactive exercises found on the site and in the iOS version. Hopefully those will arrive along with Chromecast support and playback speed control in the final release.

If you’d like to take it for a spin right now, opt in to test the beta on this page and then download the app to get started.

Read next: Topshop now recommends what to buy based on your Pinterest activity