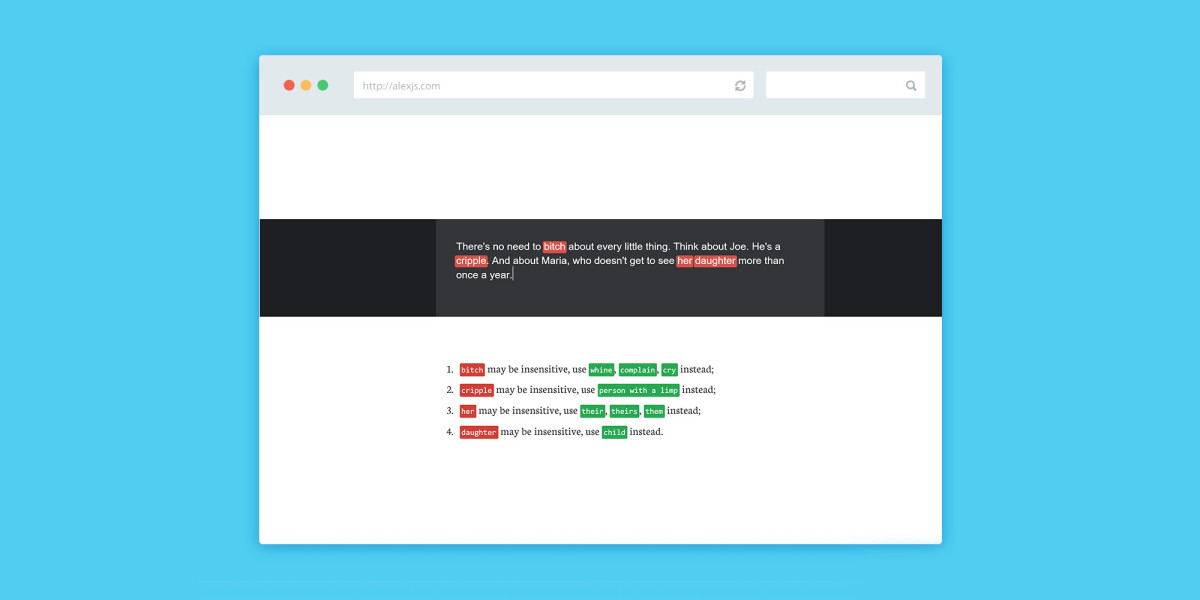 It’s all too easy in today’s overly politically correct world to get caught up in the heat of the moment and publish a comment or article that could offend readers without intending to do so.

That’s why I’m excited about Alex, a new project by developer Titus Wormer that helps catch potentially insensitive language in your writing.

The open source script tracks gender favoring, polarizing, race-related, religion inconsiderate, or other unequal phrasing in any text file you throw at it.

For example, it alerts you when you use ‘master’ and ‘slave’ to describe a relationship between two objects, and suggests alternatives like ‘primary’ and ‘replica’.

Of course, it’s far from a perfect solution. It’s missing some terms that might be obviously offensive, such as ‘slut’, and flags terms that aren’t necessarily insensitive, like ‘boogeyman’. Thankfully, Wormer is open to suggestions and accepts contributions to Alex’s library of keywords.

Alex is available as a script that you can plug into your own apps from its GitHub repository. You can also try a live demo on the project site and download integrations for Atom and Sublime Text editors.