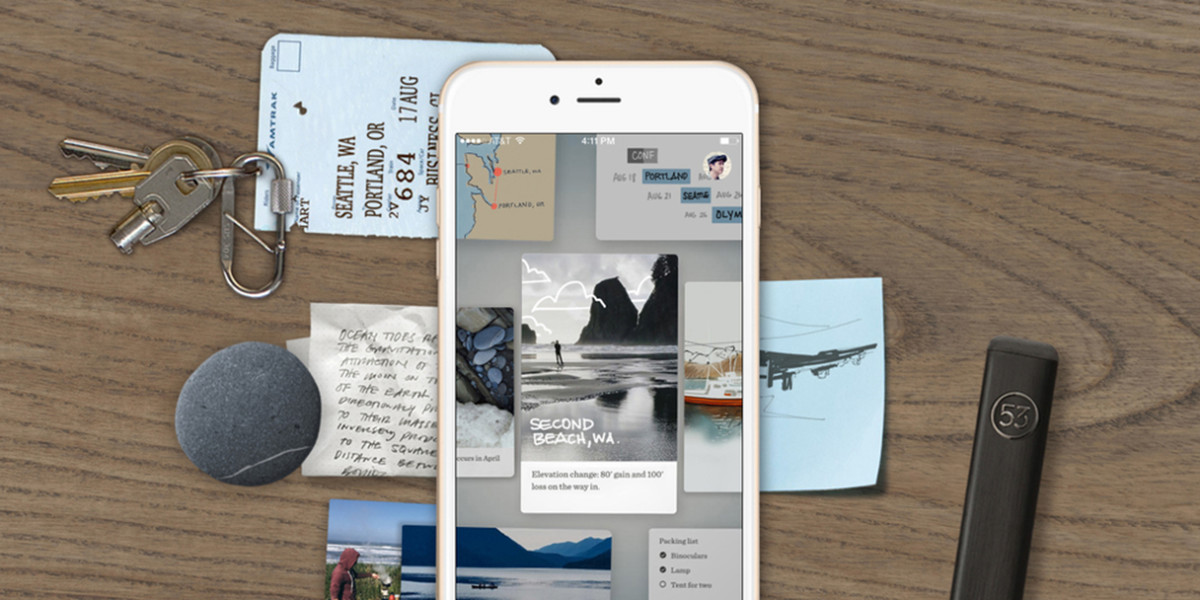 Several weeks ago, FiftyThree, maker of the iPad drawing and sketching app Paper, let it drop that it soon would be launching an analogous app for the iPhone. While the popular mobile software already had legions of fans, a new features introduced as part of the iPhone debut gives the app a whole new spin.

With this launch, Paper turns its focus toward images, buttressed by an increased reliance on gestures.

FiftyThree’s decision to target the iPhone is partly the company’s desire to make the creative process more accessible by offering tools on the phone people are always carrying with them. It was also a response to Apple’s larger smartphone screens. Whereas it can be somewhat awkward to sketch and draw on a iPhone 5 — especially with Paper’s Pencil stylus — creation is a whole lot easier on the iPhone 6 and 6 Plus. As an iPhone app, Paper now makes more sense.

I had a look at the pre-release version of the app and found that the new features logically augmented existing ones in a way the longtime users would appreciate.

The new Paper has evolved into more of a photo and art tool, in that the app lets you snap a photo, type a note, or sketch an idea for each separate item. You can either shoot a new photo or choose one from your camera roll. Photo manipulation features let you resize an image, annotate, or use the flexible Spotlight tool to zero in on a specific part of a picture while desaturating the rest of the scene.

Swipe to style gestures let you change headline sizes, create bullets and sub-bullets and even format a checklist where you can actually check off items. Paper can correct crudely drawn shapes, making it easy to produce professional-looking charts and diagrams.

The app’s grid view holds all your assets — such as text, photos and sketches — so you can view everything simultaneously and rearrange them however you want. You can also organize individual ideas into discrete Spaces that you can name and customize with a cover image. You can then quickly thumb through your spaces and rearrange ideas moving them higher or lower in the stack.

A pinch to open or pan gesture lets you navigate around your ideas. You can always change your mind using the Undo button, but if you tap and hold that button, it will undo an entire sequence of moves.

Not sure what all the features are supposed to do? A Question Mark button reveals animations showing you how to execute the new moves.

Paper for iPhone is available for iOS only on the App Store store and is part of a universal update that applies the same features across the board to both the iPhone and the iPad app. It requires iOS 8.

Read next: Amazon will now publish reader-nominated authors from around the globe