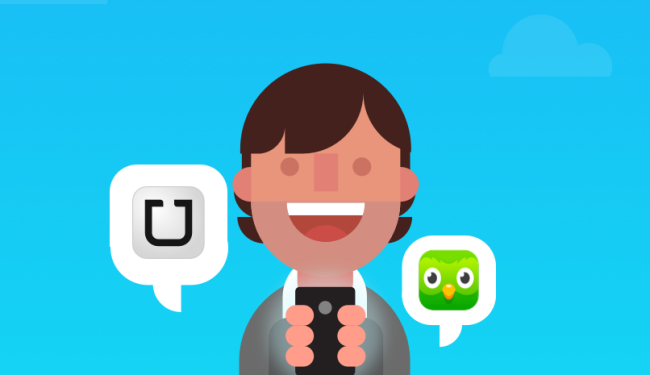 Navigating a foreign city is difficult – throw in a foreign language and you’re guaranteed to get lost in no time. To help English-speaking travelers better commute, Uber and Duolingo have partnered up to launch UberENGLISH, a service that lets you request a certified English-speaking driver.

UberENGLISH launches today in Colombia, with other Latin American cities to be added throughout the rest of the year. Interested drivers can take a Duolingo Certificate Exam for $20 and be qualified to pick up tourists requesting English-speaking service.

For Uber users, they’ll see an option for UberENGLISH along with available cars brandishing an American flag (sorry, Brits).

Duolingo Test Center was announced last year at TNW Europe Conference, and the company says today, its certificates are accepted as proof of English proficiency by the likes of LinkedIn, Harvard Extension School and, of course, the Ministry of Labor in Colombia. The tests are proctored and graded remotely by humans.

For those who do not need a certificate but do want a general assessment of their foreign language proficiency, Duolingo will now also offer a free Quick Test feature to give you a computer-generated score based on the results of your exam. This offers a standard, points-based system for language skills, rather than just a vague description like “conversational” or “intermediate.”

You can take a Duolingo Quick Test via its website or Android app. At launch, Duolingo will focus on English exams, but it is expected to use the same format to expand to other languages.

Uber’s English-specific international service previously launched in Shanghai in September 2014, albeit without the Duolingo certification.

Read next: New Apple Watch colors and bands on sale from today