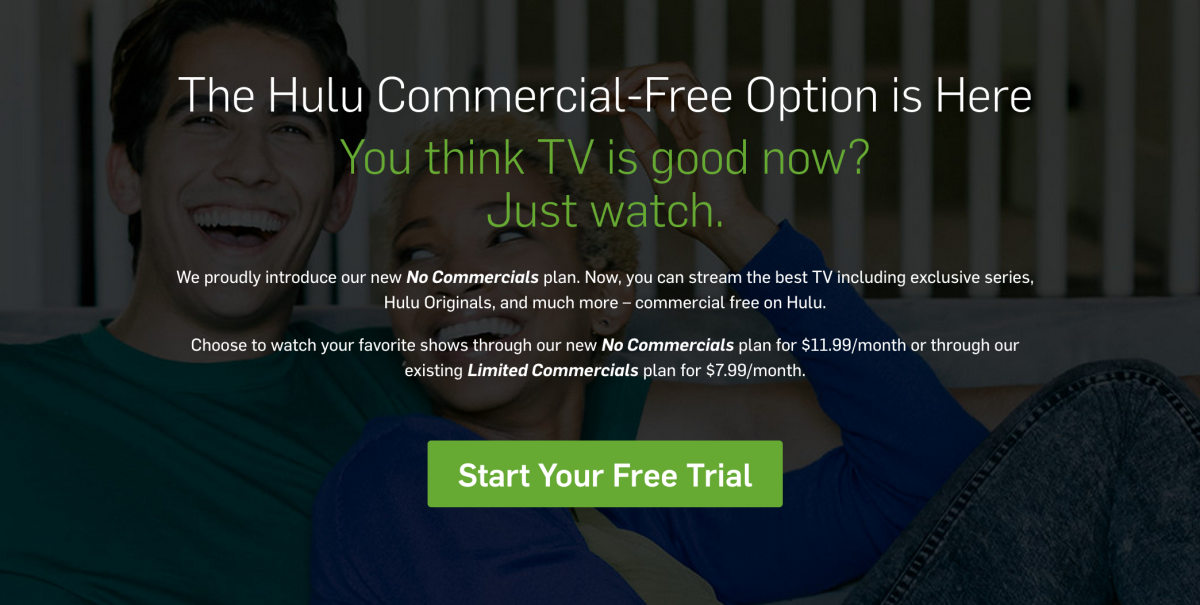 It’s been a long time coming: you can finally watch Hulu without ads.

The streaming video company today introduced a third price tier for its customers, this time costing $11.99 a month. For comparison, Hulu Plus costs $7.99 a month, but only provides a wider selection of older episodes compared to the free tier.

As for why it took so long, Hulu explains that it simply was difficult for the company to get the appropriate rights. So difficult, in fact, that it couldn’t secure ad-free playback for seven shows: ‘New Girl,’ ‘Scandal,’ ‘How to Get Away With Murder,’ ‘Grey’s Anatomy,’ ‘Once Upon a Time,’ ‘Agents of Shield’ and ‘Grimm.’

However, these shows will only show a 15 second commercial before the begin and 30 second one afterwards, so it’s still better than a bunch of ads in the middle of the show.

It’s a big move, as the ads are one of the least pleasant parts of being a Hulu Plus subscriber compared to Netflix or Amazon Prime. It sucks being a paying subscriber but still being forced to view ads, and we’re sure many will be willing to pony up the extra four dollars a month to completely get rid of them.

Read next: Narrative's Clip 2 wearable camera will shoot video to log your life in HD