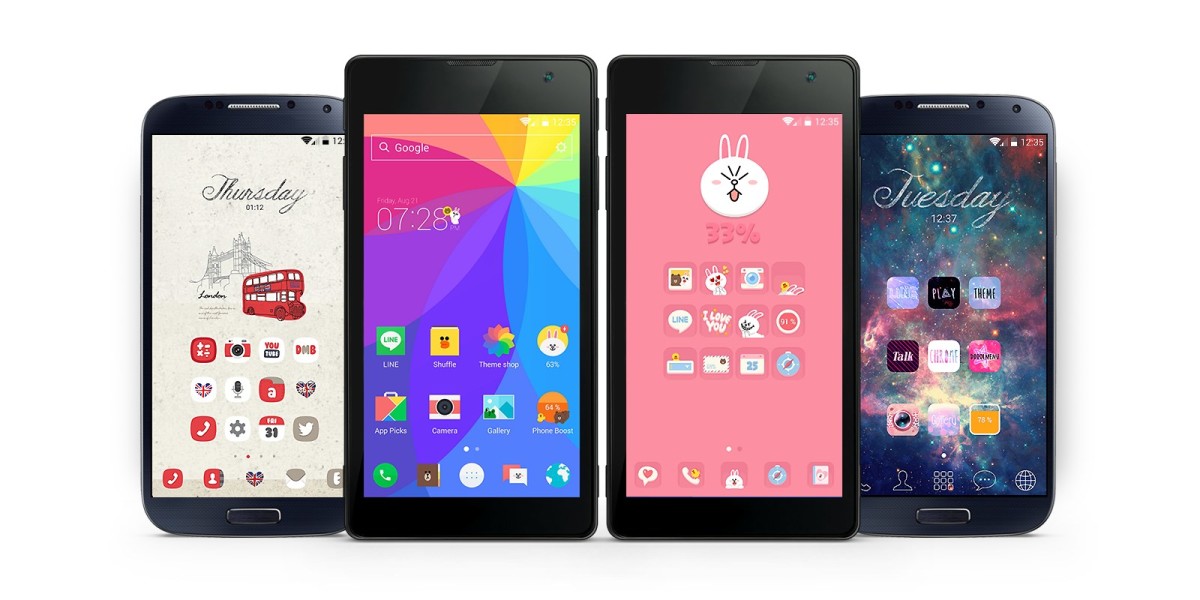 Messaging service Line has released an Android launcher that takes over your home screen with custom themes, icons, wallpaper and widgets.

The free Line Launcher includes a range of content based on the messaging app’s popular characters — Brown, Cony and Sally — to switch up your interface.

It builds on Line Deco, a collection of wallpapers, icons and themes to dress up your device that launched last year.

The company says there are over 3,000 free options to choose from, and you can mix and match wallpapers, icon packs and other graphic elements to suit your style.

Line Launcher also includes features like a detailed battery power monitor, a one-tap boost that frees memory by killing running apps, a search engine that lets you sift through Web content, installed apps and contacts all at once, and an app update tool.

As with just about every Line app, the launcher supports stickers that you can place on any of your home screens and use as custom shortcuts to apps or URLs.

And if you want to quickly change up the look of your device, you can either download and install a whole new theme in seconds or tap the Shuffle icon to set a new wallpaper instantly.

I tried the launcher on my phone this morning. In spite of all the widgets and stickers I added to my home screens, it was as quick and responsive as the stock launcher on Oxygen OS.

It also offers plenty of functions power users and fans of Nova Launcher will enjoy, such as the ability to customize your dock, lock screen, folders, app drawer and gesture-based functions.

If you’re like me and don’t care much for Line’s advertisements, delete the app recommendation shortcuts on the home screen and disable the ‘Push notification’ option in the launcher’s ‘Advanced Settings’ menu.

Line Launcher is the latest in the company’s efforts to bring its slew of messaging services and stickers to Android. It recently launched Here, which lets you share  your location with your contacts, as well as a lightweight version of its chat app for users on slower connections.

Read next: LinkedIn is revamping its painful messaging service