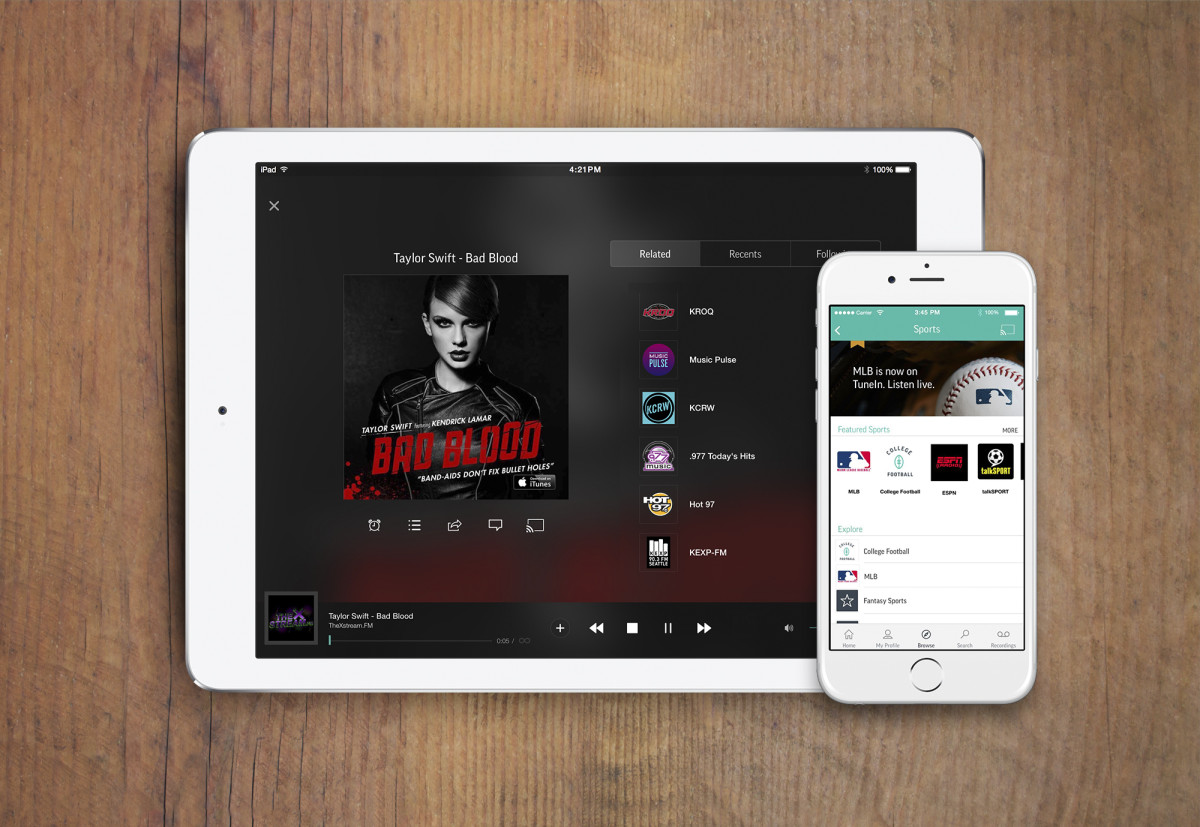 TuneIn is going freemium. The Web radio service today announced a paid subscription that offers some notable benefits over the standard free tier.

First up, you’ll gain access to 600 commercial-free music stations. Thats a small portion of TuneIn’s over 100,000 total stations, but should still be an ample selection for you to choose from.

Because these are existing live stations, TuneIn had to find a way to provide a commercial free experience. What it did was something clever: TuneIn simply replaces the commercials with more music.

Sports fans will be happy too: TuneIn is announcing support for Major League Baseball streams, covering all teams in the league. That should come in handy for out-of-town fans; you can listen to your favorite team’s local broadcast instead of being forced to hear opponent streams.

MLB content will be available to all users, paid or not, but those who pay up are the only ones who can access live play-by play feeds for every single MLB game. If soccer/football is more your thing, Premium subscribers will be able to check in on the Barclays Premier League and Bundesliga with play-by play coverage.

Finally, TuneIn is introducing audiobook support, with more than 40,000 titles so far, including content from Penguin Random House, Harper Collins and Scholastic. There are also 16 language learning programs available if you want to brush up on your Spanish or Mandarin.

TuneIn Premium’s monthly subscription will cost $7.99 in the US, $8.99 in Canada and 5.99 in the UK, and there’s a free 30-day trial period if you want to give it a go before upgrading. Though it’s only launching in those three countries to start, TuneIn plans to expand its premium tier to other countries soon.

And if you choose not to remain on the free tier, don’t worry, you’ll still have access to all the same features you had before.

Read next: Amazon now delivers booze on demand in Seattle