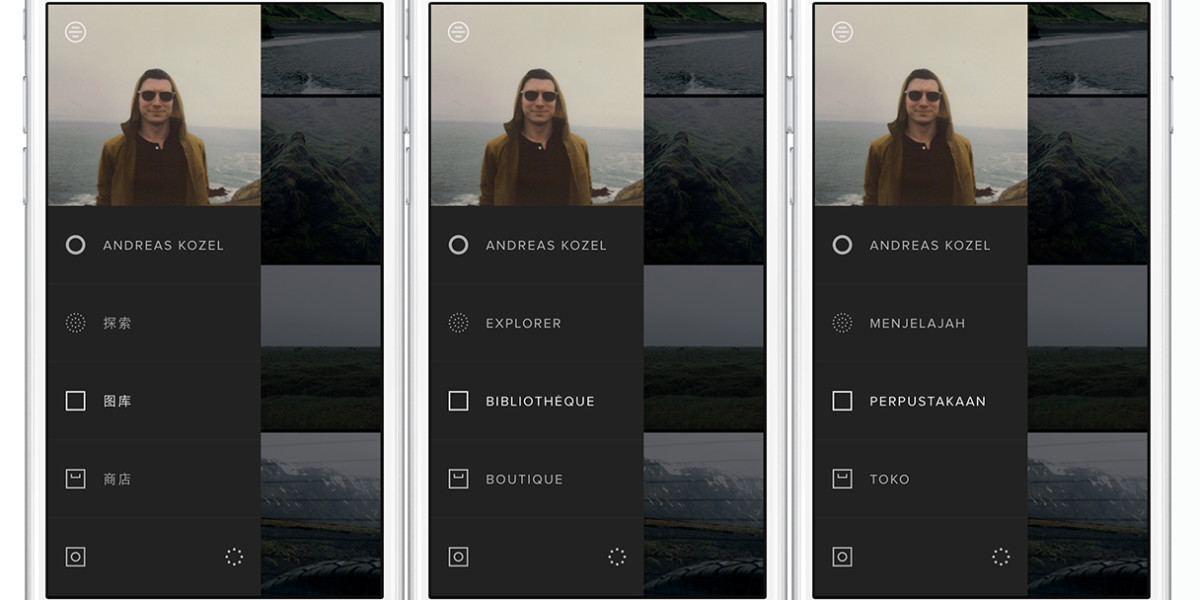 The language of images may be universal, but photo app maker Visual Supply Co. (VSCO) is acknowledging that non-English speaking users of its mobile photo filtering apps might need a bit more help with newer versions. An update released today to VSCO for iOS now supports 9 languages in addition to English. Similar multilingual support is on the way to the Android platform shortly.

With the new language support, VSCO says it seeks to better serve the 80 percent of users who reside outside of the US, and is taking a phased approach to which languages are added to which platforms. The first phase on iOS supports the following languages: Chinese (simplified and traditional), French, German, Indonesian, Japanese, Korean, Portuguese, Spanish and Russian.

The second phase will expand language support to Android with 13 non-English languages including all the ones on iOS, and adding Dutch, Italian, Malay and Thai.

The company credits part of its early international scope to the app’s minimalist design and reliance on iconography. However, increased inclusion of text for the app’s newer and expanded creative features — VSCO Grid​, VSCO Journal​ and VSCO Collections — made it necessary to add language localization.

Read next: Why long scrolling sites have become awesome