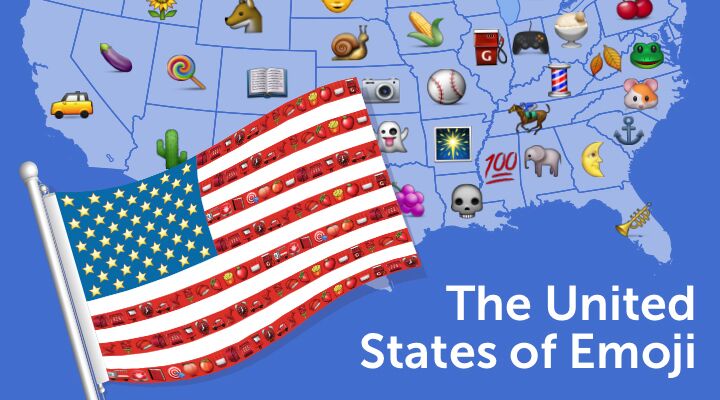 SwiftKey’s keyboard for iOS got an update today that will show you the emojis you use the most. Yes, it has been keeping track of how many 🙈 you send.

In July, people using the iPhone beta version got an update to show their signature emoji – the one they use more than anyone else. With this latest update, all SwiftKey Cloud users on iOS will also be able to see their signature emoji. It’s also tracking which emoji are used most frequently in each US state too, so it’ll tell you where you’d best fit in.

No, I’m not joking. SwiftKey has researched how people are using emoji in each state and ranked them.

It turns out that Californian users are the biggest fans of the 🚕 emoji, perhaps something to do with it being where both Uber and Lyft were founded. It’s also among the top states for 🍋, 🚲 and 🌇 as well.

Nevada ranks highest for the raunchiest use of emoji with sequences like 🍆😮🔑📹 proving to be the most popular, according to SwiftKey’s analysis. However, it’s also the state that uses the 👼 emoji the most.

You can find your emoji insights by opening the ‘My Profile’ section in the SwiftKey app and clicking ‘your typing and emoji insights’. You can also share your findings on Facebook and Twitter if it’s not too shameful.

Read next: The psychology of emojis

Read next: The FCC just fined an internet company $750,000 for blocking personal hotspots