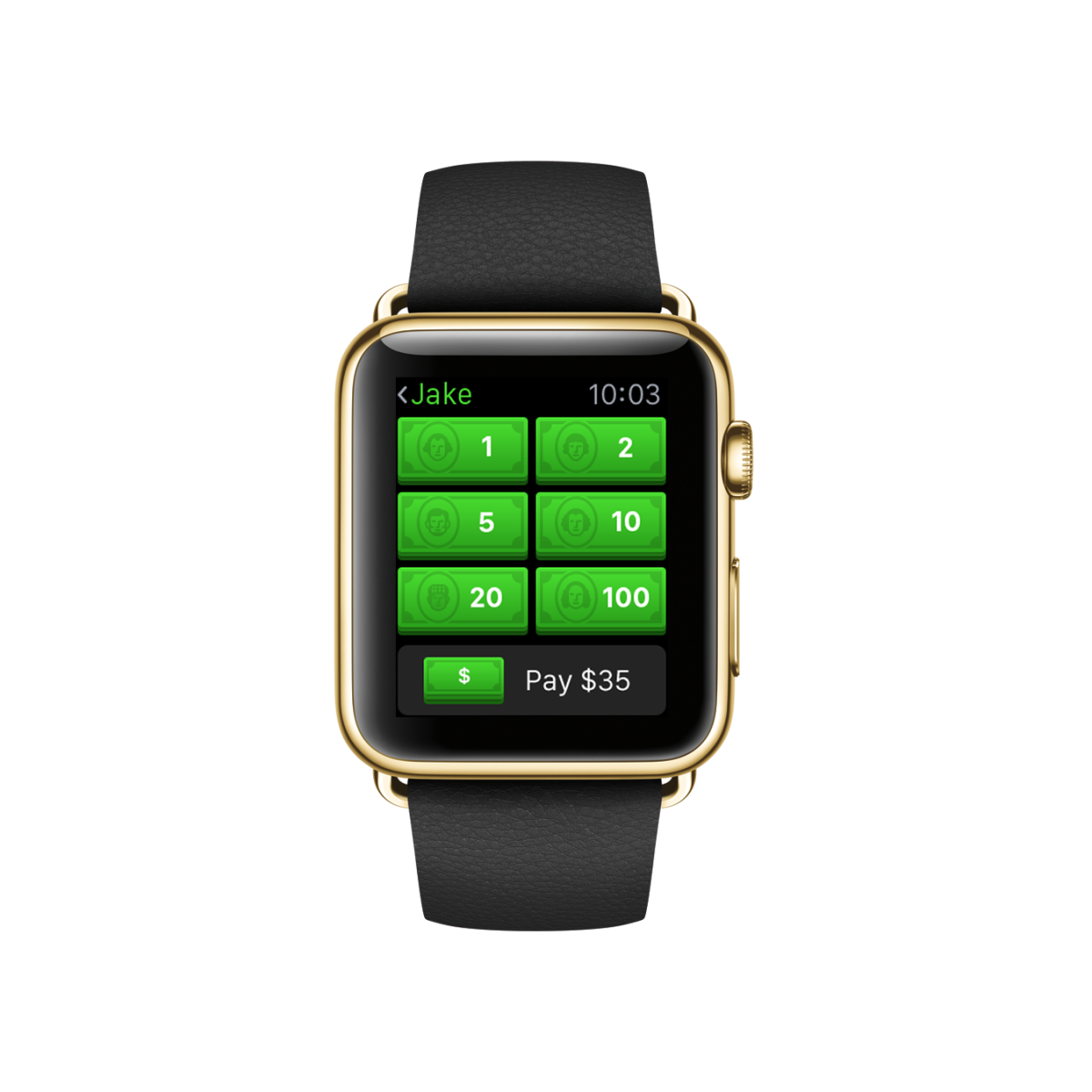 In its latest update for iOS, the Square Cash app now officially supports the Apple Watch. Now you can send your friends money without even reaching into your pocket — to pull out a wallet or a phone.

The watch-friendly counterpart to Square Cash also sports a pared-down interface that does away with the app’s numerical keypad. Instead, users will be able to tap dollar buttons in various denominations up to $100. While the thought of tapping three $20 buttons, one $10 button, a $2 button and a $1 button seems more of a hassle than typing out 75, the big buttons are clearly designed to drive the possibility of messing up way down.

As with the phone app, Square cash for the Apple watch also lets you send cash to nearby recipients via Bluetooth.

The move is a logical step for Square and Square Cash, which is competing with companies like PayPal and Venmo to corner the market on personal cash exchanges. Square is the first to make it onto the Apple Watch, which could intrigue early adopters that are trying to use their new wearable for as many things as possible.

Read Next: Robinhood arrives on Android to save users from high stock trading fees

Read next: SkyHub Cloud Unlimited Backup: Get a great deal on a lifetime subscription