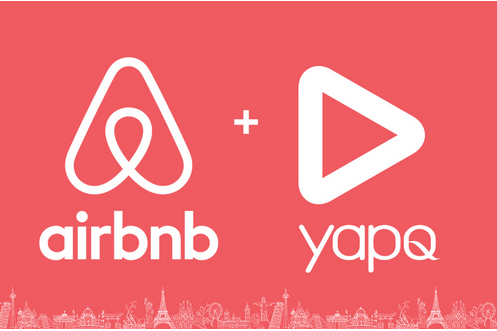 Travel app yapQ has launched a Chrome plugin for Airbnb that lets you see a list of noteworthy places near the accommodation you’re checking out as you search.

The plugin wasn’t exactly a planned feature; the yapQ team came up with the idea last week at an in-house hackathon and three days later it was submitted and approved by Google.

It appears on the right-hand column of the Airbnb accommodation pages, showing up to 20 nearby spots of interest per listing, along with the walking distance and a short description.

With a clean, non-intrusive design, the plugin simply enhances search on Airbnb, without interfering.

The Israeli startup has evolved quite a bit since it first launched its website in beta last year. Originally, it was aimed at businesses like museums or galleries as a cost-effective solution for audio and visual tours.

However, as interest grew, the company expanded its remit and began to focus more on consumers. The redesigned site and apps now offer users a way to plan their trips with pre-made and customizable lists of Must-See Places all over the world.

Read next: This is your next side business