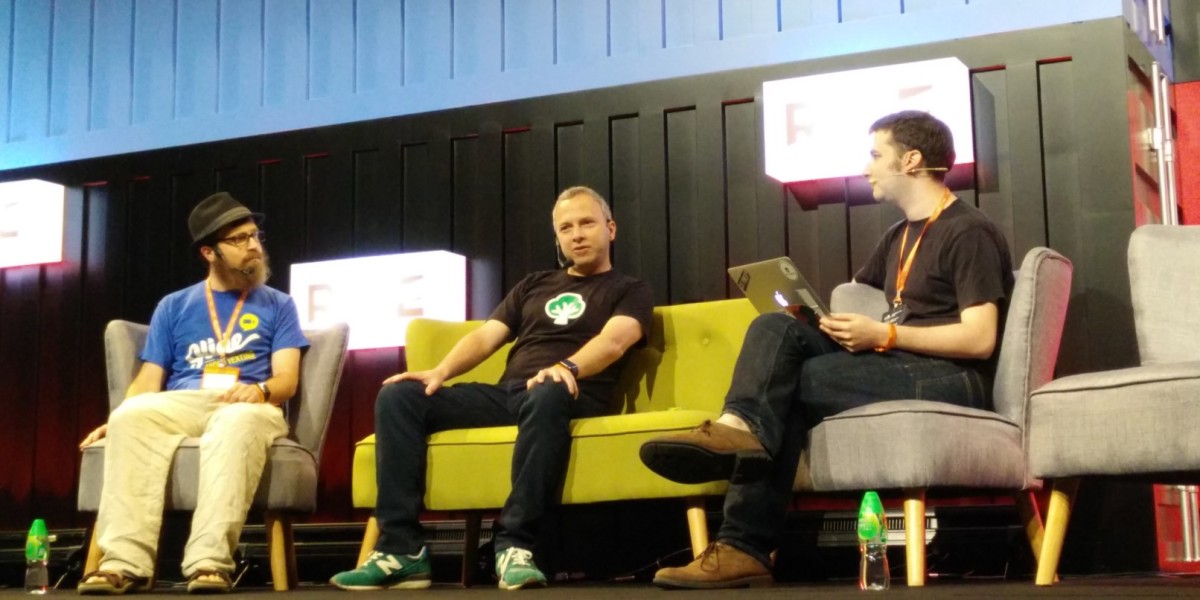 The mobile messaging space is close to saturated with major services like WhatsApp, Line and Facebook’s Messenger. But smaller players believe there’s still room for niche apps that cater to specific needs.

Speaking at the Rise Conference in Hong Kong today, Jonathan Caras, CTO of video messaging platform Glide and Micha Benoliel, co-founder and CEO of Firechat developer Open Garden shared insights on where their apps can fit in.

Neither app competes directly with the likes of WhatsApp and Messenger. Caras, whose app facilitates quick one-on-one and group video chats, believes that “there’s space for different apps to be your communication medium of choice.”

Glide has found fans in visual communicators, who are interested in sharing music and dance performances through short videos. In addition, there are a number of users living with hearing impairments, who find the video-only medium comfortable to communicate with, using sign language.

Benoliel added, “There are only about 1.5 billion smartphone users globally at present, and so many more people that are yet to get their first mobile device and use SMS/IM services.

FireChat works regardless of whether you have an internet connection, so we believe our off-the-grid messaging service will take over those initial communication experiences.”

The mesh networking-based app uses as little mobile data as possible, so it doesn’t cost much to use. Benoliel said that if Firechat is present on five percent of devices in every city on the planet, the service will transmit messages within a maximum of 20 minutes, even if the sender doesn’t have internet access.

Mobile messaging apps don’t need to suit every sort of user to be successful. There is indeed room for services that work well in certain markets and for specific needs. After all, it’s not just about who we talk to, but also about how we communicate most comfortably.

Read next: Why Apple Music and Spotify are Coke and Pepsi