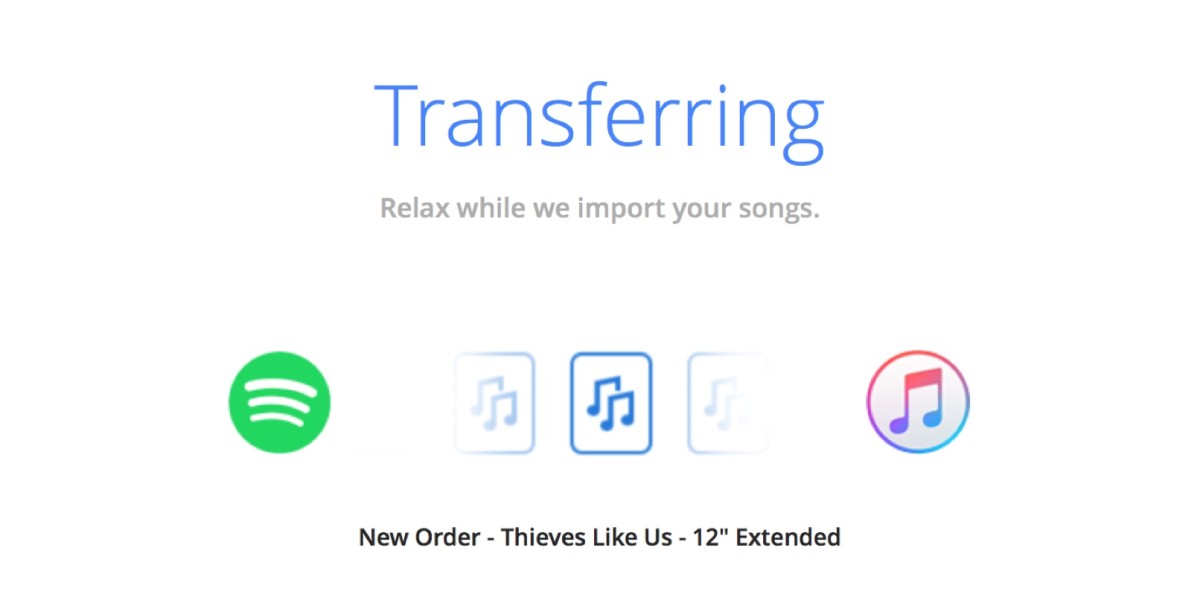 Moving playlists from Spotify to Apple Music isn’t as straightforward as it should be. Apple doesn’t offer an importer, so you’ll have to use a workaround. There are a couple of fiddly methods – one involving two apps and one that requires you to get down and dirty with JSON. Then there’s the far simpler Move to Apple Music.

This app holds your hand through the whole process on your Mac, even if it’s still not quite a one-click affair. Once you’ve logged it into Spotify (or Rdio, which it also supports), you select the playlists you want to transfer. Then there’s a hit-and-miss process of getting ‘capturing your iTunes session,’ which involves ‘liking’ a track or album. This took a few attempts for me, but the app tells you to keep trying until it works.

Once the connection is made, the songs from your Spotify playlists can be added to your Apple Music library.

After that, the playlist conversion process begins, and it’s not fast. Matching 133 songs across Spotify and Apple Music’s libraries took just over an hour, but once it was done I had three .txt files I simply had to import into iTunes.

Move to Apple Music costs $4.99 but if you want simple, step-by-step approach bundled into a nicely-presented app, this beats the alternatives.

Read next: eBay is killing its local delivery service and specialized apps