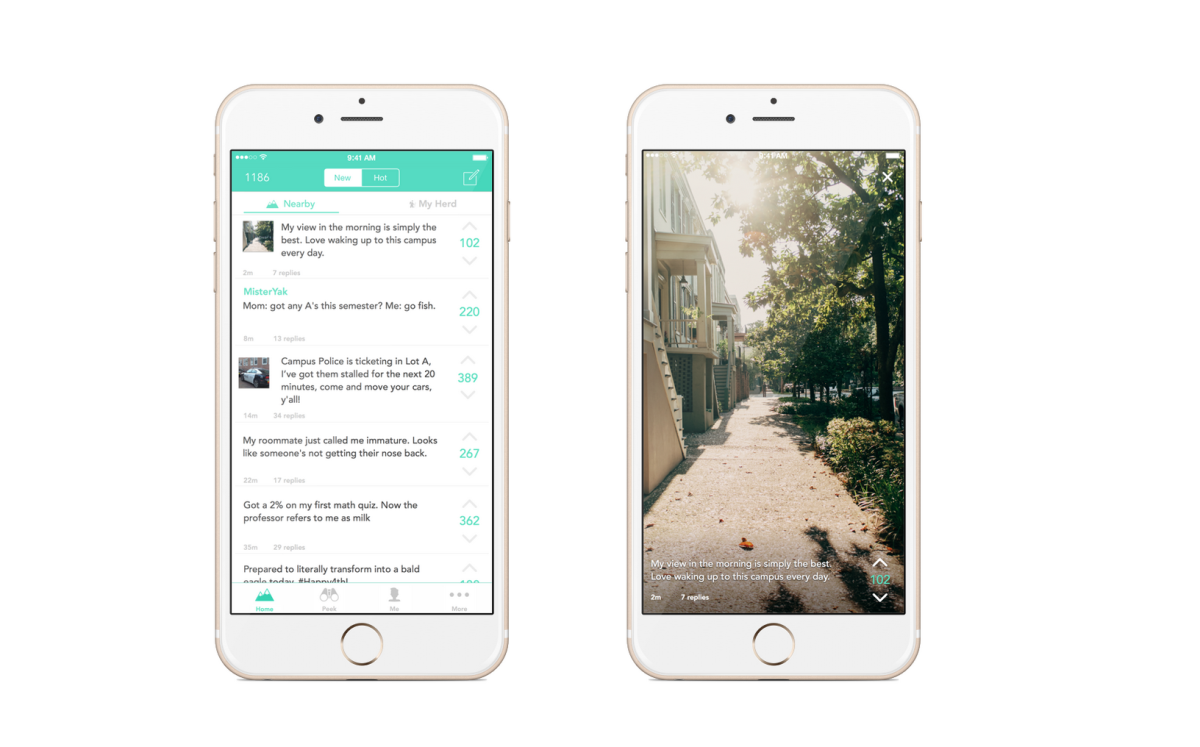 Anonymous, location-based app Yik Yak — which has largely gained traction with teens and college kids — announced today that it will allow its users to share photos anonymously, too.

You know, as long as those photos are appropriate and don’t contain a single human face.

It seems that the folks at Yik Yak want users to take photos that “describe the world” around them:

From showcasing the prime loot to be found at your local yard sale, to sharing the view of campus from your dorm window, to the yakker who used a pic to help locate the owner of a lost dog, it’s clear that photos can be a wonderful part of yakking about the world around you.

So if your pictures include animal faces or the face of a creepy inanimate object, you’re cool. But don’t even think about sneaking a selfie into your local Yik Yak community — also known as a Herd. Yik Yak will be actively moderating photos (presumably with human eyes) to ensure no content gets past its hard policy rules.

Yik Yak has worked hard this year to help curb spammy and abusive posts from its app, most recently streamlining its flagging process to surface bad posts sooner.

Read Next: Slack now lets you alert the people who are online instead of waking everyone up