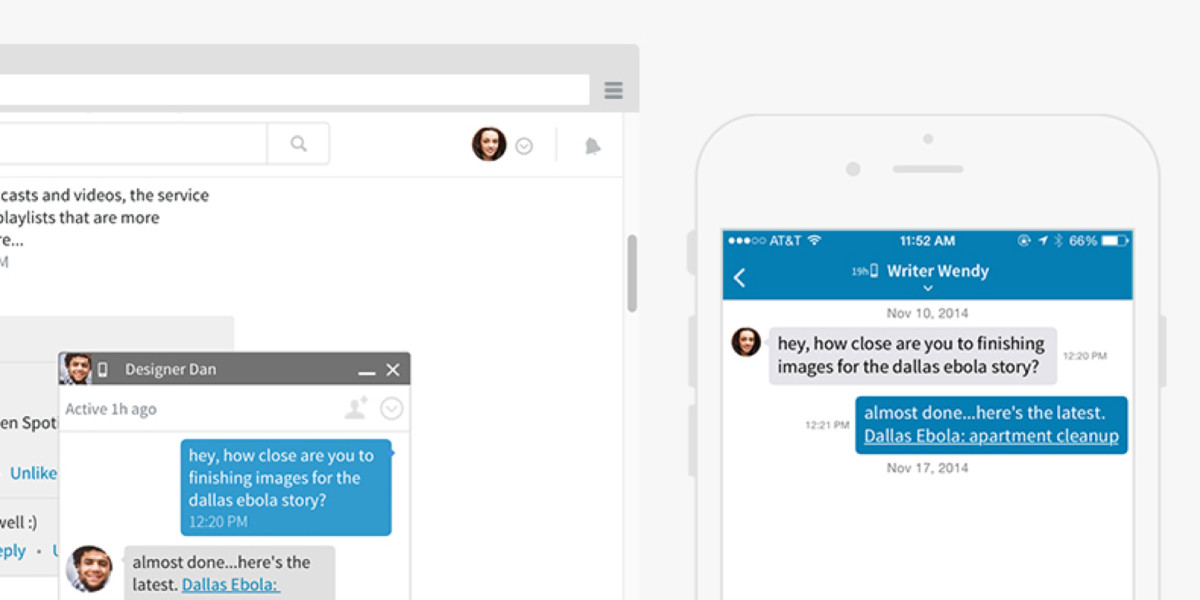 Last week we brought you news of workplace collaboration company Convo‘s rebuilt platform. While the new, speedier and more flexible tech was initially only available on Mac and in Web browsers, today it’s come to Android and iOS.

The new mobile apps feature the support for third-party integrations, improved search and contextual commenting that last week’s desktop update introduced. In addition to a new look, the new apps also include some nice extra improvements like the ability to update your profile and manage notification preferences on the go.

The iOS version also has Share Sheet support for easier sharing from other apps, a feature that the Android version has had for a long time.

Interestingly, Convo CEO Faizan Buzdar says that iOS is by far the most popular mobile OS among its users, particularly when it comes to the C-suite, other high management levels and designers. Android is a little more popular amongst those in technical roles although even then, iOS serves a majority. What that says about Convo’s customers… well, that’s open to interpretation.

Windows users, meanwhile, still have to wait for a native Convo app, although it’s on the roadmap.

Read next: How to find the perfect remote working setup for you

Read next: Growth hacking: Do or don't?