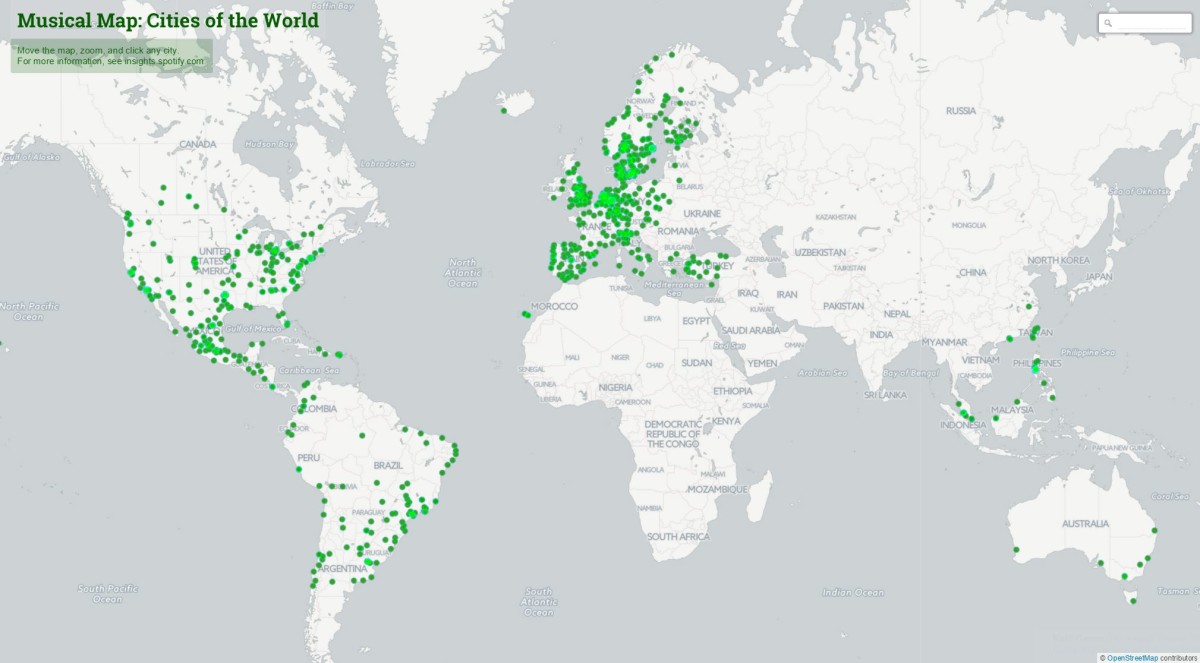 Spotify wants to give you a taste of the different kinds of music its users are listening to in different places, so it’s created a map to help do just that.

It includes nearly 1,000 cities around the globe, which you can click on to be directed to a playlist of music distinctive to that particular region. According to Spotify, the playlists don’t necessarily list the most played music overall, but rather the tracks you’re less likely to hear elsewhere.

Spotify says it analyzes approximately 20 billion plays for each playlist. The music is update bi-monthly, so be sure to check it out every now and then if you want to keep your tastes a bit more eclectic.

Read next: Shazam brings interactive maps to Android, letting you see the most-tagged songs by region

Read next: Google Glass may finally end its embarrassing consumer life and get a job in enterprise