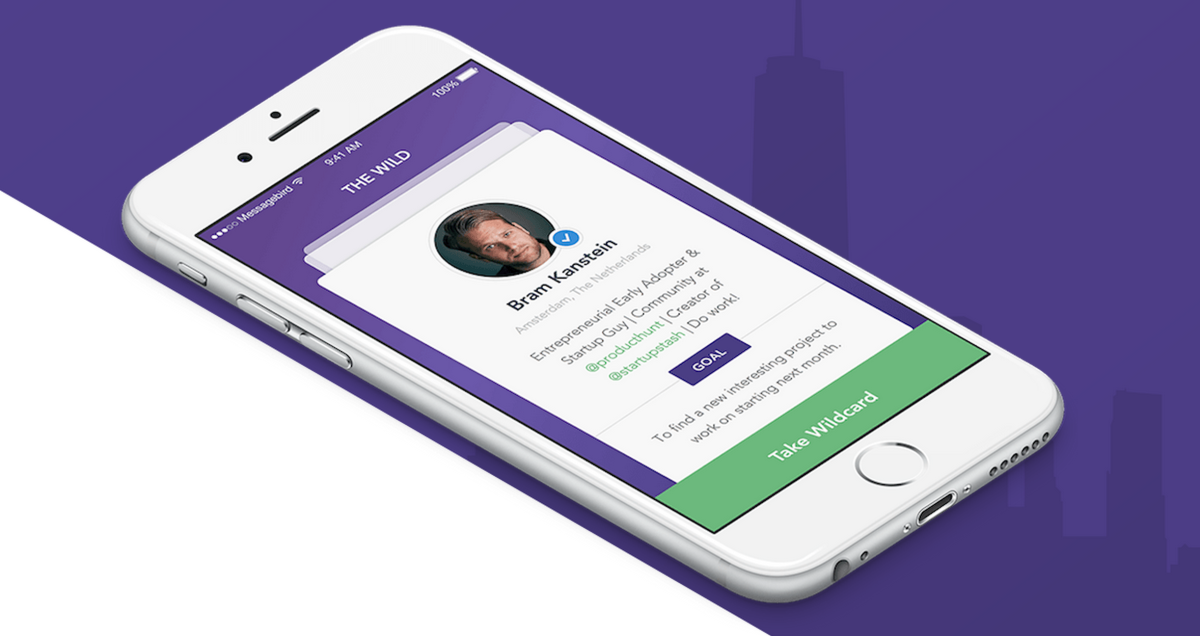 When I moved from New Zealand to Amsterdam a few months ago, I wished there was some sort of app like Tinder but for making friends. 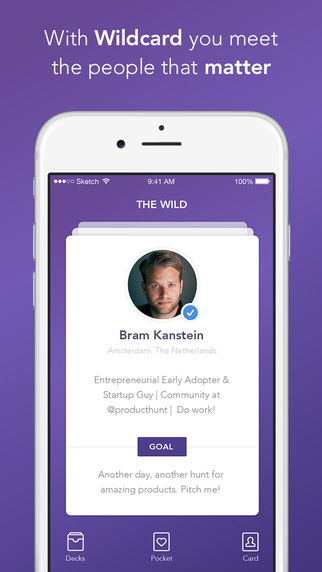 It can be hard to meet new people and Wildcard offers the first compelling way to do it, for iOS and Android.

Yes, it might as well be “Tinder for making connections” but it’s very well implemented.

Wildcard connects with Twitter to pull in your bio (which can be edited independently) and allows you to set a “goal” or reason that you’re on the app. I set mine to “I want to make friends in Amsterdam.”

You can then swipe through a stack of people in your area, with down as yes and up as no. If you add someone to your “collection” the app keeps track and allows you to tweet them, but if you both swipe down on each other you’ll get detailed contact information.

The app’s superpower, though, is a feature called “decks” which makes the people it shows hyper-local.

Instead of looking across a whole city, you can narrow it down to within an event, building or other place.
That makes it useful for connecting at conferences, meetups or other events.

When I tested Wildcard, I saw The Next Web, Apple and Twitter in the list as options for narrowing down my recommendations. Once I chose TNW, I instantly got offered to match with our CEO, Boris.

You’ve probably used one of those apps that list a directory of people at an event, but they’re mostly difficult to use or don’t present people in an interesting way.

Milan van den Bovenkamp, co-founder of Wildcard, told TNW that this was one of the team’s motivations for building it. They wanted to make it easier to discover actual people at events rather than showing a list of who’s attending.

Eventually, Bovenkamp hopes to monetize the app via its decks feature. The idea is that it’d allow event organizers to pay to password protect their events and get data out of them.

Wildcard was developed at The Next Web’s hack battle and demoed at our conference in New York last year, but is today launching to the wider world with its new features.

I like Wildcard and the idea of having an option to make connections with people in a new place — it’s hard to meet people when you’re in an unfamiliar city or at an event and nobody’s quite nailed the formula yet.

If Wildcard can get a critical mass of users, it’d be a great way to get connected with people over making a tweet into the abyss hoping someone will reply.

Read Next: Hands-free Tinder uses your heartbeat to decide ‘hot or not’

Read next: Apple's two-factor change in iOS 9 is helping people save their lost accounts