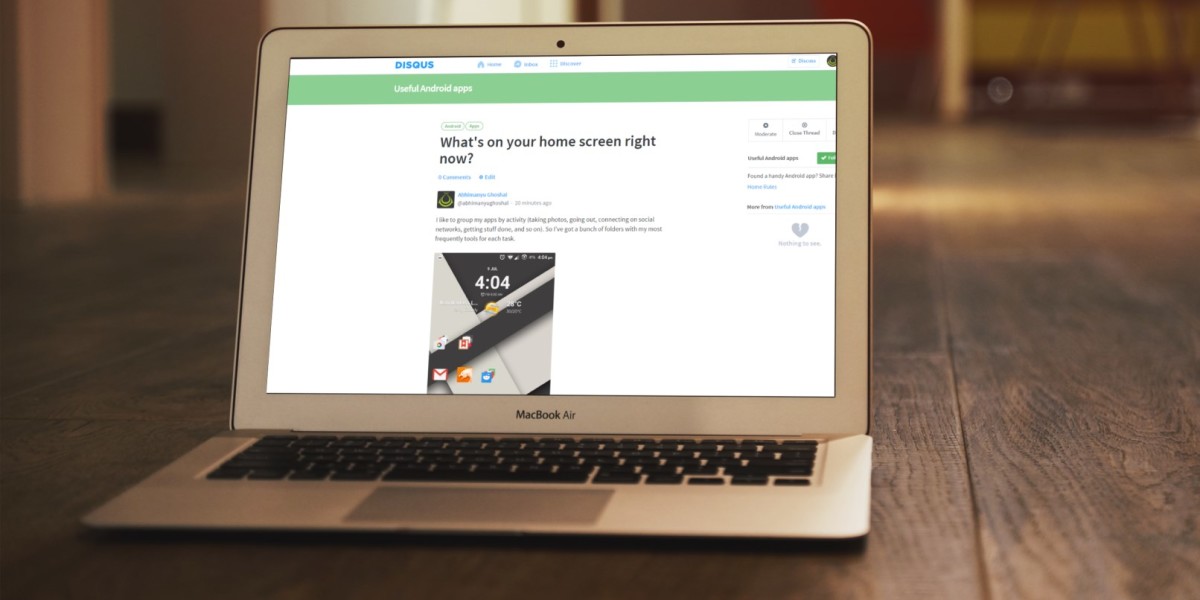 Disqus is known for its hosted comments service, but the company has been hard at work building a community forum of its own for chatting about all sorts of things. And now, you can create your own channel to discuss whatever you’re interested in.

User channels are moderated by creators who want to manage their own little communities. You can start, edit and close discussions, moderate comments, blacklist users, and invite your most active members to new chats.

These channels are hosted on Disqus’ site, which is growing into a hub for discussing everything from movies to sports to food. You can invite users to your channel by sharing a link on social networks.

Co-founder Daniel Ha told TNW back in March the company was working on enabling this feature.

Currently, Disqus’ channel moderation tools are fairly basic, and you can’t yet embed discussions on other sites. However, the team is working to add more functionality, including customization options channel avatars and banners, the ability to add moderators and better ways to attract new community members.

Disqus’ own platform is still growing and there isn’t as much activity as on larger networks. However, if you’re not interested in engaging with all the drama over at Reddit and want to run your own discussions, this might be a good place to get started.

Oh, by the way, that discussion in the image above is for real. Feel free to hop on my Disqus channel to share your favorite Android apps.

Read next: What is Voat, the site Reddit users are flocking to?