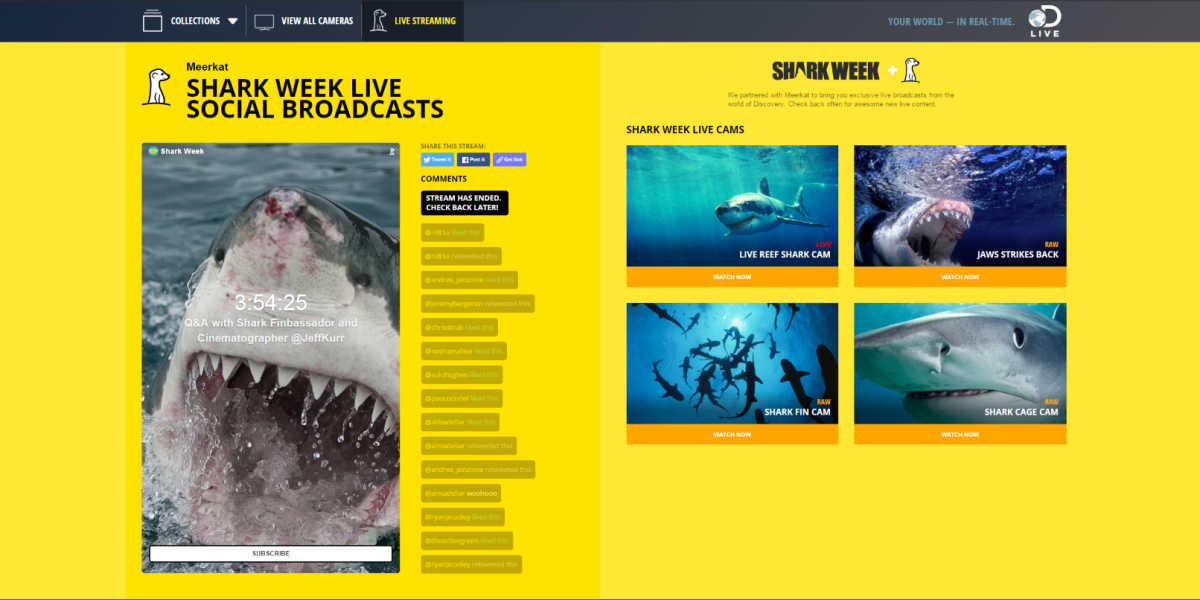 If you’re familiar with Discovery’s Shark Week – now in its 28th year – you’ll know that the channel often uses it as an opportunity to test out new digital ideas, as well as an excuse to show wall-to-wall programming about sharks.

This year, it has joined up with Meerkat to offer embedded live streams for viewers via the Discovery site. Meerkat only rolled out embeddable streams for users towards the end of last month.

While the embedding feature isn’t totally new, it’s interesting to see Discovery choose to partner with Meerkat, rather than Twitter’s Periscope service, to deliver Shark Week content. One of the reasons is likely the particular feature set offered up by Meerkat.

New user numbers for the live-streaming service are slowing as time progresses and the initial fanfare dies down, but Meerkat’s founder Ben Rubin said on Twitter recently that ‘core’ users are generating more use than ever before, showing ongoing engagement.