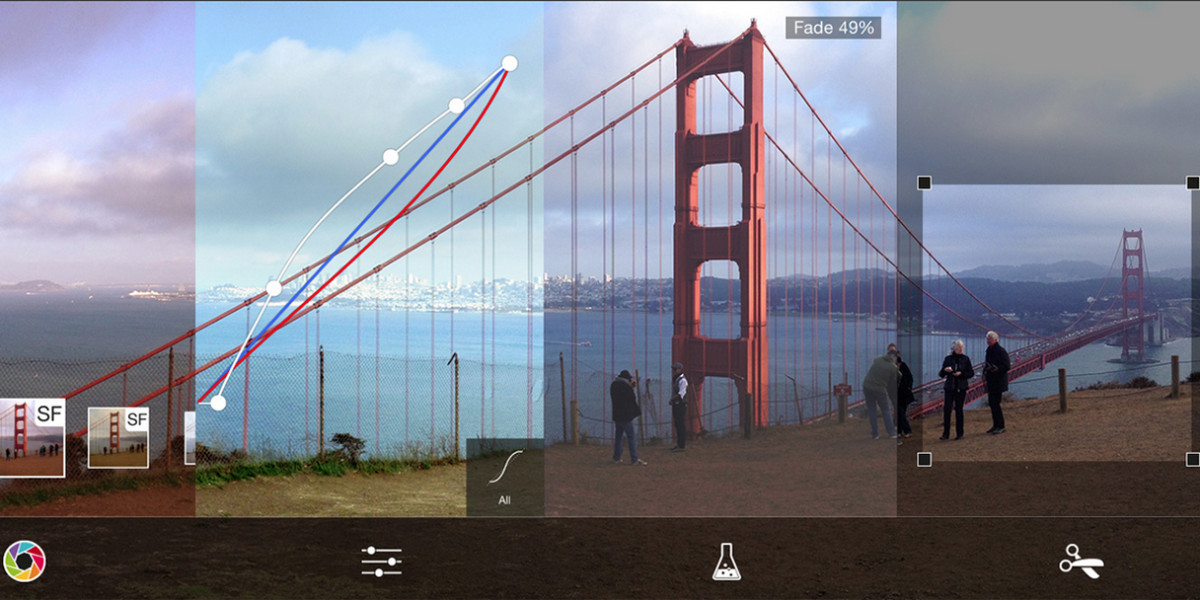 The folks at CocoLogics are at it again. The company has just released a huge update to ProCamera 8 for iOS, its DSLR-style photo app.

Featured as one of TNW’s Apps of the Year for 2014, ProCamera 8 is now further improved with a host of new features.

This app has always been about replacing the need to use your DSLR for complex shots. While it can’t literally do that, it can provide way more functionality that the native app that comes with the phone. Its intuitive interface keeps it from being intimidating, unlike many other pro-level apps.

The new Photo Compass gives users the ability to discover where any picture from an iPhone was taken, so if a friend sends you a shot from anywhere in the world, the app can pinpoint that location. Photo Compass is integrated with iPhone photo geolocation data, which allows users to track exact positioning for where an image was captured.

In addition, there are a host of new editing tools, from manipulating tonal range and UV filter functionality to fashioning an authentic analog look. The Curves tool gives you control over tonal range to fine-tune contrast, color and brightness. Magic Tools lets you experiment with Solar Wind and Magnetic Storm for vivid colors and unique artistic effects.

A new Vapor tool can be used as either as a digital UV filter to improve contrast or add haze to your photo.
The Fade tool is designed to give your images an authentic film-like look.

The company has also improved HDR capture for quicker processing, with a new auto-save option. There are also improvements to the iPad version, ProCamera HD.

And let’s not forget the Apple Watch, virtual catnip to photo app developers. ProCamera 8 now functions with the Apple Watch to serve as a remote trigger letting users access the camera on their iPhone, even if they can’t physically reach the display.

In addition to functioning as a capture button — the company likens it to wearing a shutter on your wrist — watch integration also lets users sweep through camera modes such as Photo, Night Camera, HDR, in addition to using it as a timer.

Read next: Facebook and Internet.org want to connect the world using lasers