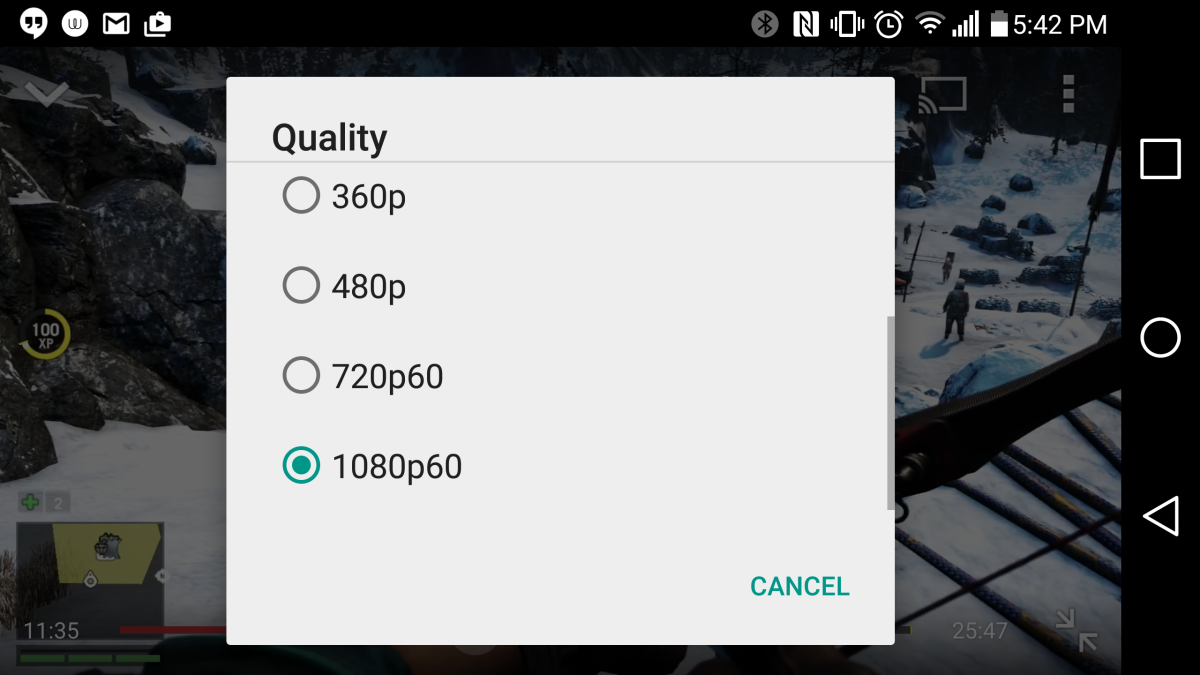 YouTube introduced the ability to play videos in 60fps back in October of last year, but that was limited to the Web. Now it’s introducing the same functionality on the mobile YouTube apps as well.

The new high frame rate support appears to have been turned on via a change on the server end, so you shouldn’t need to update your app to check out the new quality settings – just look for any 60fps video and you’ll be set. Here’s one clip such from Far Cry 4, for instance:

Once you’ve found an appropriate video, if it doesn’t start playing at a high frame rate automatically, just click on the quality settings option and you’ll see the option for ‘720p60’ or ‘1080p60’ listed.

That said, the 60fps options replace the 30p ones, so you won’t be able to switch back to lower frame rates at high resolutions if for some reason you’d prefer to.

Quickly testing it on an LG G4, 60fps content looked great; video played smoothly with nary a skipped frame.

While most regular video content is recorded at 30fps (TV shows) or 24fps (movies), video games often run at higher frame rates, so the change is sure to make many gamers happy.

Higher frame rates are also said to improve 3D viewing, something Google may be keeping an eye on given its recent push in the virtual reality space.

Read next: Google’s new Cardboard experiences convinced me VR is here to stay

Read next: Beats 1 radio is now taking your song requests