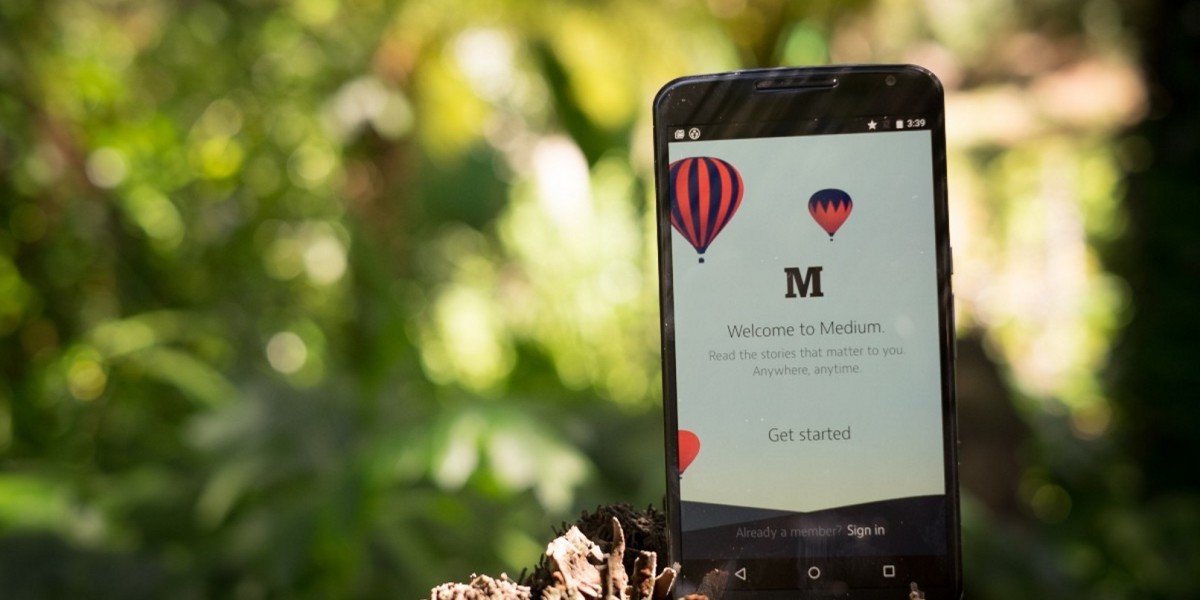 June was a busy month for Android apps, from pure productivity to an app that will make personalized game recommendations for you and much in between.

All you have to do is cast your eyes over the list below and choose your favorites.

June 2015 was the first time four of Adobe’s Creative Cloud apps made it onto Android – namely, Photoshop Mix, Color CC, Brush CC and Shape CC — all of which were already available for iOS devices.

Best of all, the apps are free, regardless of whether you have a creative cloud subscription or not.

If you’re the sort of person who has a lot of music scattered about different cloud services, DoubleTwist for Android is an app for you.

In a nutshell, it makes your tracks stored in Dropbox, Google Drive and OneDrive accessible and directly playable from your Android device.

After the seven-day trial is up, you’ll need to pay a one-off fee of $8.99/£4.99 to keep using the premium features, which include Chromecast and AirPlay support.

This doesn’t really happen too often, but Pushbullet made it into our ‘best of’ list twice this month.

Not only did the company launch fully overhauled Android, iOS, desktop and browser apps with better designed layouts and smarter messaging, but it also introduced a completely new one called Portal.

Although it only works on Wi-Fi connections, Portal seems to be pretty handy for sending large batches of files between mobiles, desktops and tablets.

Medium has been available on iOS  devices for over a year, but it wasn’t until June that a native Android option arrived.

As you’d hope, the app supports writing new posts, albeit in a simplified editor, but it doesn’t let you save more than one draft at a time and they’re all stored locally, meaning you won’t be able to view or edit them on your computer when you get home.

IFTTT’s DO apps got pretty notable updates across iOS and Android this month, which include a floating button for direct access from the home screen and a whole host of new channels and recipes specifically for controlling Android functionality.

You can use this for things like like triggering actions when specific notifications appear or muting the phone in certain situations.

It can also be tied to factors like battery level, automatically triggering certain actions when you drop below a specific percentage.

Productivity might not be the most exciting category of apps, but a lot of people were pleased to see Microsoft’s Word, PowerPoint and Excel apps officially launch for Android devices this month.

Provided you’re happy with basic editing tool and don’t need the full suite of feature, they’re free to use. If you do want the whole shebang, you’ll need to sign up to an Office 365 plan to get unfettered access.

As they’ve been designed for smartphones, the apps are optimized for one-handed operation, while retaining familiar features from the desktop versions.

IFTTT wasn’t the only company to add a floating icon to its Android app this month, as Dropbox also introduced a button that allows you to take photos and save them directly into whichever directory you have open – bypassing local storage and saving you space on your hardware. Smart.

The Android app also got a full Material Design overhaul, a new search icon and saw its file and folder controls split off into a new panel.

You can now just swipe left or right to browse through folders.

The GameOn Project is an Android app that asks you a few questions before recommending Android games you might like to play.

It’s a smart idea for people who are time-poor but still want to get in a bit of mobile gaming without having to wade through all the rubbish.

All you need to do is tell it your age, gender and list three of your favorite games to get going. You can then filter by other factors, like price or whether you want it to be single or multi-player etc.

It’s not going to change the world, but it might help ensure that your precious few minutes of downtime are spent playing something you enjoy.

June was the month Todoist decided to bring a Material Design update to its Android app.

Along with the visual overhaul and 10 new color themes, Todoist now understands natural language, so you can say things like “go for a run every day at 6AM” and it will automatically add a task for you.

As well as a few other tweaks, there’s now the option to set start and end dates for recurring tasks, too, which could come in handy for specific time-limited projects.

It doesn’t take a lot of explanation – it’s essentially a P2P client that lets you stream simultaneously – and we have a policy of not linking to torrent apps on TNW.

However, if you search for it, you’ll probably find what you’re looking for. You’ll also have to be comfortable installing third-party apps without the relative security of Google Play, of course.

If you want to raise financially savvy children, one way to do it may be through an app like PennyOwl.

Although it launched without fanfare, and other options are available, Intel’s remote keyboard for Android is a hassle-free way to control your PC from the other side of the room.

Once you’ve installed the Android app and the Windows counterpart, the app provides a virtual keyboard and trackpad with slide bars.

If you’re familiar with Addappt’s contextual contacts app for Android devices, then you’ll probably want to check out the updated UI built for speedier navigation.

Along with the fresh paint job, there’s a new Smart Favorites option that remembers how you last communicated with someone and a Favorites option for quick actions. The update also restores support for grouping contacts.

Users in the US get an additional feature too: an ‘Explore’ page that showcases trending tags and places across the network – these include local and worldwide trends, it’s just a shame it’s not a globally available feature right now.

Anyone who has the app installed can see StrawCasts, which are also posted by the company’s Twitter account, and there’s a discovery feed which surfaces polls to vote on.

Along with StrawCasts, the update also brought new features like the ability to embed polls on websites, make results private and edit polls in real-time.

If 17 new and updated Android apps aren’t enough to satisfy your needs, check out our roundup from last month, or our 60 of the best Android apps from 2014 post. Or if you’re an iOS user, you can check out our monthly iPhone and iPad roundups.

Read next: 7 tips for women pitching to VCs